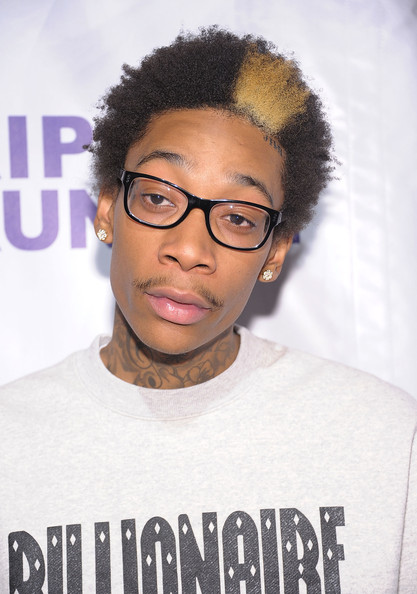 Wiz Khalifa is an eminent rapper, who has already released 6 strong studio albums as well as 2 extended plays. He differs from other rappers with his unique manner to perform. Wiz combines singing with reading the lines and it sounds quite unusual.

Born Cameron Jibril Thomaz was born in a troubled family of two military workers. His parents separated after several years of bitter marriage, when the boy was just 3 years old, and as Wiz Khalifa used to tell in his interviews, his mother hadn’t cared about him. The boy started smoking at “too young age”, by his own words, and now he smokes lots of cigarettes daily and uses marihuana very often too.

Wiz Khalifa’s mother changed cities and countries, that’s why the boy was educated at different schools. Finally they settled in Pittsburg and there Wiz made the first records of his songs. His first musical attempts were valued by a producer Benjy Grinberg, who helped to record rapper’s first mixtape “Prince of the City”. Currently Wiz Khalifa’s most popular albums are “Rolling Papers” and “Blacc Hollywood”.

The rapper married a model Amber Rose in 2013. They welcomed a son soon and several years later broke up. 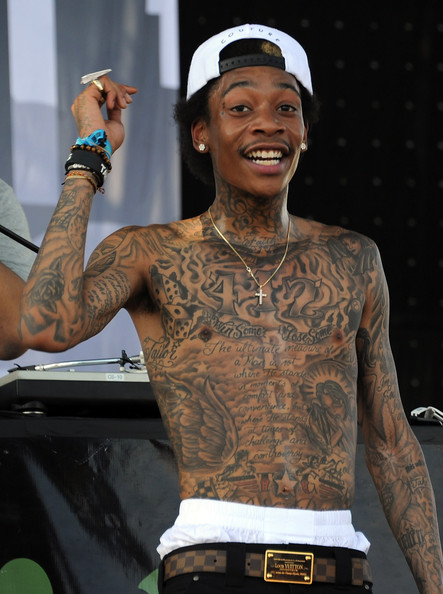 He is currently dating a model Izabela Guedes. Wiz Khalifa was previously married: