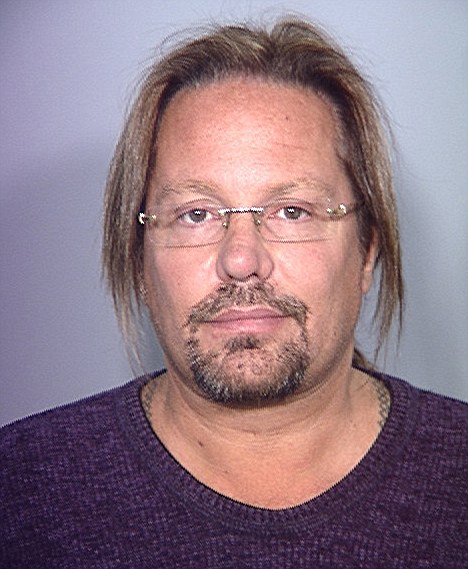 Vince Neil is internationally known as the frontman of the band “Mötley Crüe”. Currently he earns his living as a business person. He has his own tattoo salon, named Vince Neil Ink and a tequila line.

Born Vincent Neil Wharton got interested in music since his school years. Then the idea to become a band member captured the hearts of all teenagers in LA. Vince met Tommy Lee at a high school and later they formed a band “Mötley Crüe” alongside other musicians, Nikki Six and Mick Mars.

The band became popular with such hits as “Too Fast for Love”, “Shout at the Devil”, “Girls, Girls, Girls” etc. Vince Neil was known not just with his great vocals, but also with his long blonde hair and unusual make-up. He was on drugs during that period of time and was even jailed for a while as he caused a terrible car crash, which took lives of several people.

After that Vince Neil went for rehab. As a part of the band, he got numerous honors and awards, but in 1992 decided to perform solo. 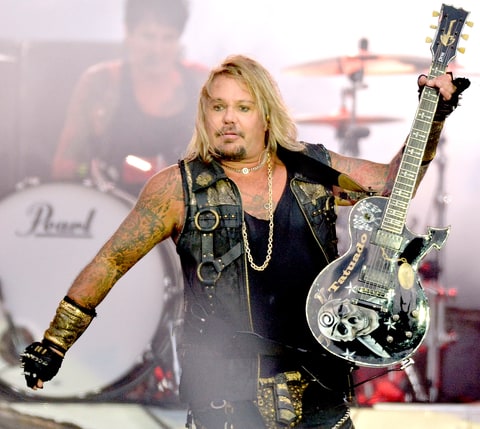 Currently he is dating Rain Andreani (since 2011). Vince was previously married:

He had a daughter Skylar Neil with Sharise Ruddell. Skylar died from cancer in 1995. She was then 4 years old. Her father devoted her a song “Skylar’s Song”.

As a part of Mötley Crüe band, Vince Neil got:

3) The star at Hollywood Walk of Fame