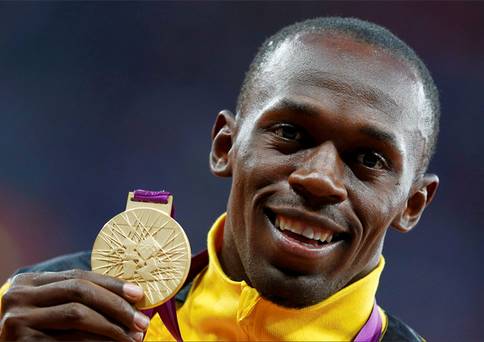 Usain Bolt is considered as the fastest person on the planet. His incredibly long legs and massive feet helped him cope with 100 meter distance within just 41 steps, while the other leading runners needed at least 43.

The career way of Usain Bolt is full of victories and records. He won Olympic Gold Medal 6 times and was the best at World Championship 11 times. Usain ran 100 meters and 200 meters dash faster than any other runner. Till now he holds this record. Bolt was the first in 4 × 100 meters relay too.

Usain Bolt grew up in an ordinary Jamaican family. His father was a manager in a Coffee Company and mother was a dressmaker. In his early years Bolt helped his mother sew clothes, while his father called him “a lazy bone”. Now Usain names himself “mama’s boy” and tells, that he could cry in his early years just if his mother had got upset.

At school Usain got interested in cricket and football, but his school coach advised him to try running. Bolt soon became the best sprinter at school. He ran at various distances, starting with 100 m and ending with 1000 m. He watched the sprinter Michael Johnson at Olympic Games-1996, when Michael won a gold medal for 200 m dash. Then Usain was inspired to do the same.

In 2017 Usain Bolt was honored as Sportsman of the Year (by Laureus Award). He has been dating a Jamaican Kasi Bennett since 2014 and is going to propose her. 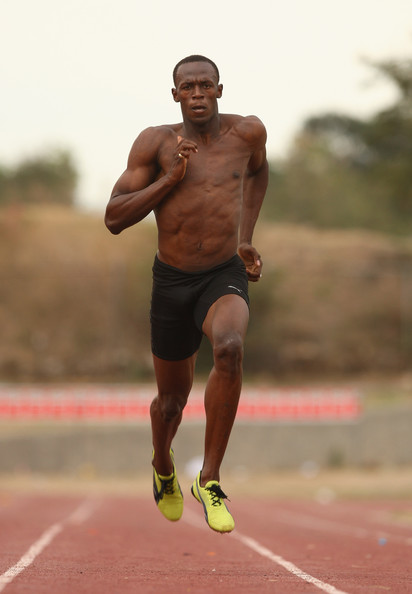 Usain is dating Kasi Bennett (a fashionista) since 2014.