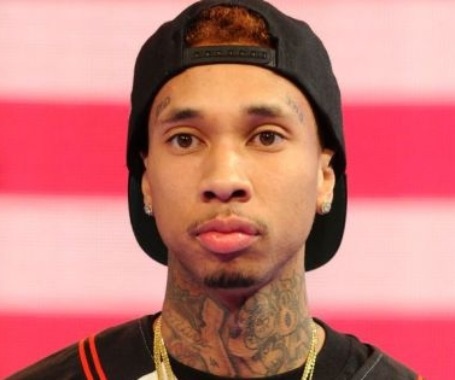 Many people think that they know about rapper Tyga everything, but in fact they know nothing. The great lover of epatage, born Michael Ray Nguyen-Stevenson claimed contradictory things. At first he used to tell that he had come from a poor family and lived from hand to mouth in his young years. But then he boasted that his parents owned Range Rover and bought him everything he wanted.

But in any case the boy was interested in music since his childhood. He recorded his own songs and then uploaded them online. He developed his stage name from the words “Thank You God Always”, having taken first letters.

Tyga started his professional career with the help of his cousin Travis McCoy. Travis signed the debutant to the band “Gym Class Heroes” as he was its member himself. Having started with the band, later Tyga left it in order to begin solo career. In 2008 he released the first solo album “No Introduction”, which made Tyga internationally known. For now the rapper can boast with 5 studio albums.

Tyga is not married. He was in long term relationship with TV personality and ex-strip dancer Blac China. In October, 2012 they welcomed a son. They were engaged that very year but then broke up. Currently Tyga is single.

Tyga is currently single. He used to date: