Many people all over the world think, that acting is one of the most interesting and well-paid jobs in the world. It seems that elegant gentleman and beautiful ladies, who constantly care about themselves and wear luxurious clothes from the most popular designers, do almost nothing and get lots of cash and fame instead.

But for real masters of performing art acting can be really exhausting. Here are 20 stars, who gained at least 10 extra pounds to get the role. 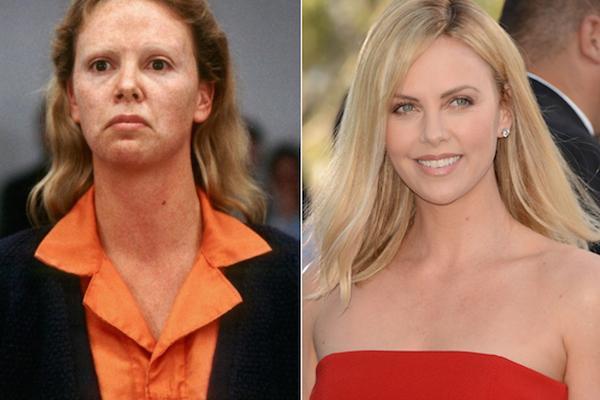 We start this list from Charlize Theron, who gained 30 pounds to play the main heroine in “Monster”. The former dancer, Charlize has always been known for her great shape. The idea to gain extra weight sounded stupid and absolutely wrong for such a refined woman. But Charlize decided to do it as she wanted “to feel the scars, which her heroine, a serial killer, had on her body”, as the star explained in her interview.

Aileen Wuornos, the first female serial killer, was both mentally and physically abused from her earliest years. Charlize was trying to understand her heroine and that’s why changed her body. To become 30 pounds fatter, she ate chips and doughnuts. Her efforts paid off – the star was awarded with an Oscar. 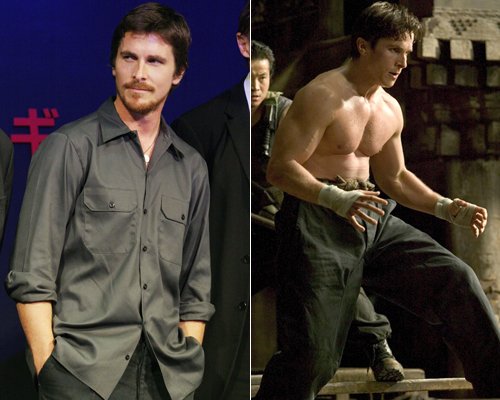 Christian Bale, known to his fans as Patrick from “American Psycho” and Trevor from “El Maquinista”, is a master of changes. He gained about 45 pounds for the role in Christopher Nolan’s film  “Batman Begins”. To become bigger, Christian had 4000 calories per day. He ate each 2-3 hours and tried to get 350 g of protein and 90 g of fat during each meal. Being the vegetarian, Bale refused from any meat dishes and had just fish, dairy products and milk shakes. 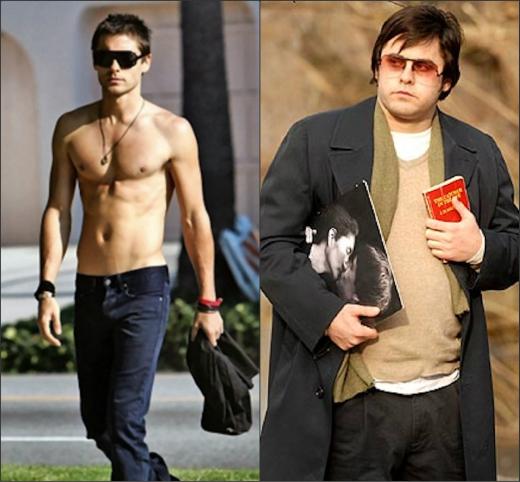 Jared Leto becomes a real fanatic, when it goes about cinema making. He was known to spend a night in prison, when he was preparing to the role in “Suicide Squad”.

The star gained about 67 pounds to play John Lennon’s killer, Mark Chapman, in “Chapter 27”. Leto, who had never eaten junk food before, spent lots of time, having pizza, pasta and lots of chocolate, which he microvaved and then drunk.

But even fat Jared Leto didn’t save the movie and it got mostly negative reviews from both, critics and the audience. 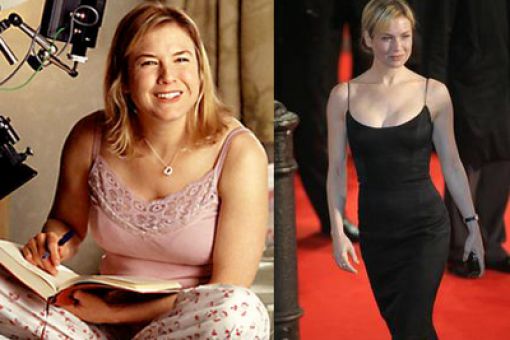 Renee Zellweger, who has always been slim and elegant, ironically was pulled to stardom after a massive weight gain. To portray her most popular heroine, the spinster Bridget Jones, she gained about 28 pounds of extra weight and did it for the second and the third time to play in the film sequels.

To become stouter, Renee had pizza and doughnuts, but she didn’t get pleasure from her meals at all as the star was panic. She was afraid to ruin her health with such a diet. If it was any consolation for the actress, she was nominated for Oscar.

Most of actors hate their body getting fat and begin to get slimmer immediately after the end of the filming process. But not Matt Damon, who gained about 30 pounds to act as Mark Whitacre in “The Informant!”. It seemed Matt enjoyed the process of eating. He ate lots of nourishing, but tasty dishes and drank many chocolate milk shakes. At home he entertained his wife and stepdaughter, demonstrating his huge belly! 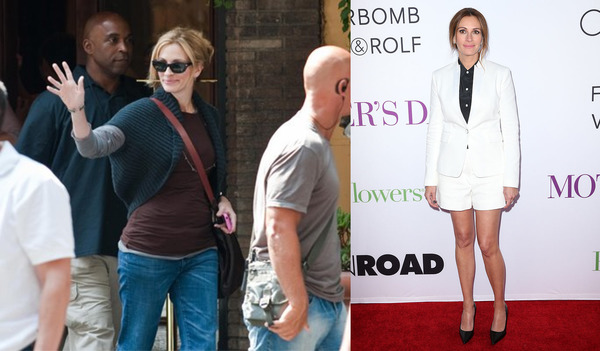 Julia Roberts was out of the ordinary by her incredibly slim and long body. She remained fit even after the birth of her children. But Julia decided to become 10 pounds fatter for the role of Elizabeth Gilbert, a popular novelist. Julia played a real person in the movie “Eat, Pray, Love”, so her main task was to look like her heroine. Elizabeth gained some extra weight during her “spiritual exploration”, which was depicted in the film. So the natural actress Roberts decided to gain some extra pounds too. 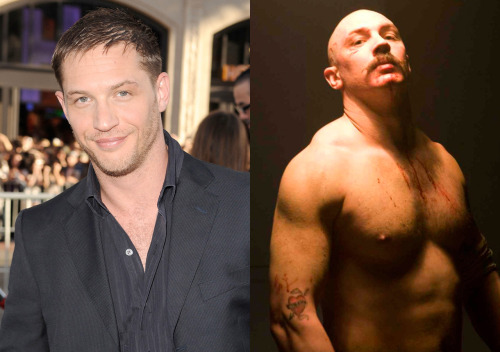 To look natural on the screen, Tom Hardy gained 42 pounds, while he was getting ready to the movie “Bronson”. The film, directed by Nicolas Winding Refn, tells about a prisoner Michael Peterson, who was renamed as Bronson to become a pro fighter. To look like an incredibly muscled and fat to some point criminal, Tom Hardy gained 42 pounds of weight, being just 5’9’’ tall. The most part of that weight consisted of muscle mass, so the actor had to train a lot, doing bodyweight exercises. 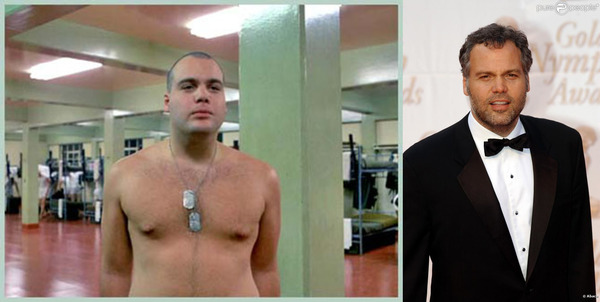 Complete body change for the role is not an easy thing and only the best actors dare doing it. Vincent D’Onofrio gained about 70 pounds to portray Leonard, a fat and slow-minded recruit in “Full Metal Jacket”. Vincent ate nourishing fat dishes, which he hated, to become stouter as soon as possible.  His hard work was valued by the viewers and then-debutant Vincent D’Onofrio managed to become a Hollywood star.

Robert DeNiro is ready for everything to make the interesting first-rate movie. He chased young girls in “Dirty Grandpa”, studied new activities in “The Intern” and was looking for common language with a psychotherapist in “Analyze This”. But he did an impossible thing for Martin Scorsese’s movie “Raging Bull” – the actor gained about 60 pounds. DeNiro was awarded with an Oscar, which he deserved as he had ruined not just his shape, but also his health – the actor began to breathe much harder.

Golden Globe winning star Colin Farrell gained about 40 pounds for the role of a bachelor in “The Lobster”. The movie tells about the future, when the lonely people were prosecuted and sent out to the nearest forest. To gain extra weight in a short period of time, Colin had cheeseburgers, fries and a huge piece of cake every morning. During the whole day he ate ice-cream and chocolate. The actor changed so much, that it was hard to recognize him. But he lost the weight immediately, when the movie was over. 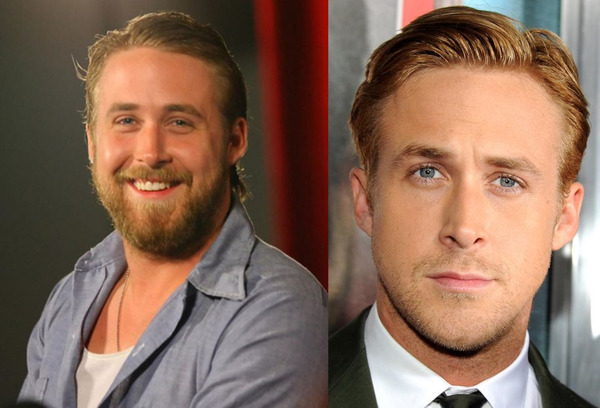 Ryan Gosling never gets tired to demonstrate his ideally fit body. The girls fell in love with him, when he portrayed Noah in “The Notebook” and then admired his hot Jacob in “Crazy, Stupid, Love”.

But Ryan was ready to change his chiseled body to play in “The Lovely Bones”. He gained about 60 pounds to his usual weight, but his efforts irritated a film director Peter Jackson and he fired Gosling from his project. Thus fat Ryan had to look for another job. 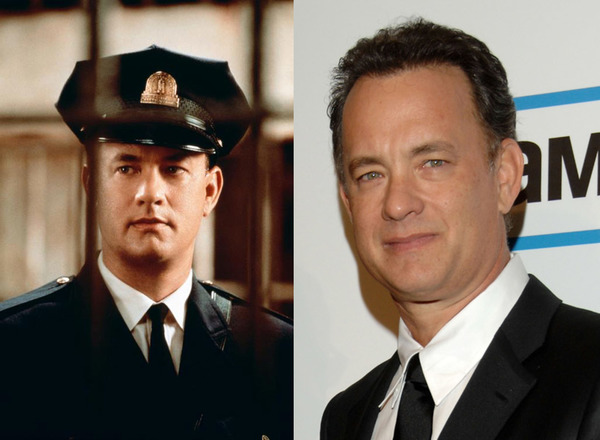 Tom Hanks is a first-class actor, and like a real professional he is always ready to change his look. The actor was known by numerous weight-losses and weight-gains, which he needed to make his hero more natural. The actor, who suffers from diabetes, takes great risk, when he interrupts eating patterns, but he ignores regime, which is necessary for people with such health disorder.  Tom Hanks impressed his fans one more time, when he gained about 30 pounds to act as Paul Edgecomb in a supernatural movie “The Green Mile”.

Michelle used to tell in her interviews about the pressure the actresses have to cope with. They must look slim and young at any age. But while filming “Blue Valentine” Michelle Williams gained 16 pounds to depict her heroine in severe depression. She seemed to enjoy the weight gain process and ate ice-cream and avocadoes all day long. 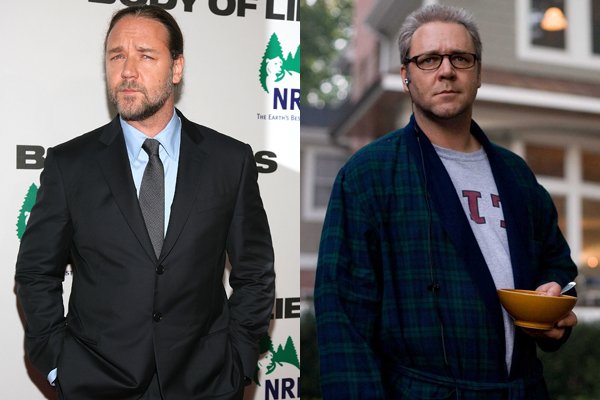 The weight gain of slim Michelle Williams is nothing in comparison with Russell Crowe’s efforts. In 2008 he put on extra 63 pounds for the role in “Body of Lies”. The actor enjoyed eating cheeseburgers and other junk food, which he had tried to exclude from his menu before. But then, when the filming process was over, he decided to lose the weight as he couldn’t be active, playing with his children. 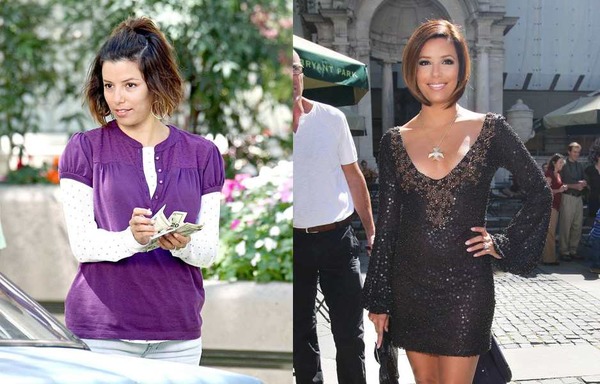 Everyone knows that Eva Longoria has flawless body measurements. But miniature woman easily gained 10 extra pounds for her role of Gabrielle Solis in the 5th season of “Desperate Housewives”. Then her heroine had become a mother of 2 and a wife of a blind man, and she couldn’t look like a slim diva. Later Longoria lost extra weight. 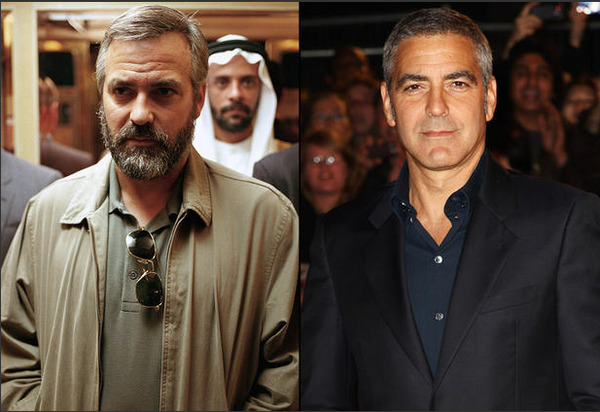 George Clooney is the ideal man for ladies all over the world. George, who looks better from year to year, didn’t hesitate, when he was offered to gain 30 pounds for the film “Syriana”. Nevertheless later Clooney was very depressed, when he had to eat lots of unhealthy fat products. His enthusiasm brought him an Oscar and lots of fans’ love.

Gwyneth Paltrow is an author of food books, where she shares with her readers the secrets of healthy eating. No need to say, that Gwyneth have always been very serious with her eating pattern and worked out almost every day. When she decided to gain about 20 pounds for the role in “Country Strong”, she thought, it would be easy at first. The star had to include lots of tasty, but nourishing food in her menu and stop working out. She used to tell, it was incredibly hard for her. Paltrow couldn’t stop exercising and lied to the film director, that she “hadn’t done it”. Later the actress had lots of mental and health problems. 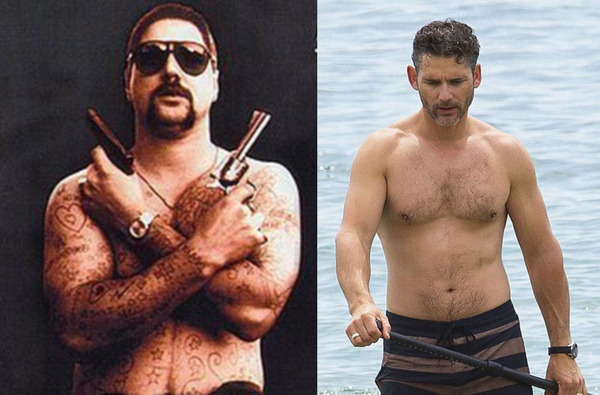 Eric Bana gained international popularity as a muscled hot actor. His fans were impressed, when they saw him in “Chopper”. Bana has become 28 pounds heavier to portray a killer Mark Brandon. He did it with pleasure, eating fats and drinking beer. But when his gluttony period was over, he had to work hard to become slim again. 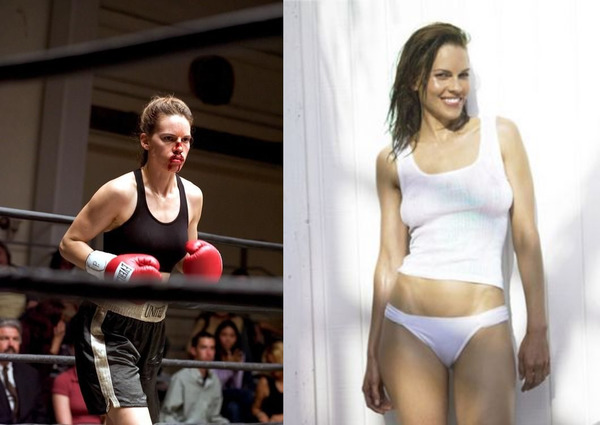 Hilary Swank looked so lean as Carly Reynolds “Beverly Hills, 90210”. But she changed a lot for the movie “Million Dollar Baby”. To look naturally in the role of persistent athlete Maggie, the actress gained 20 pounds of pure muscle mass. Supported by the coach Lucia Rijker, Swank kept to a high protein diet and ate each two hours. She trained about 5 hours every day and even woke up at night to have some extra protein shake. The actress deserved Academy Award and got it for her faithful play! 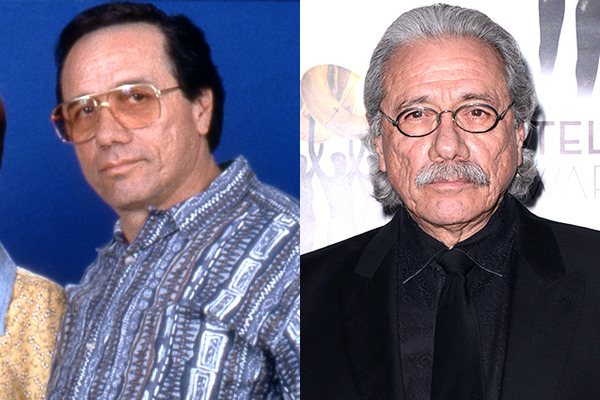 Edward James Olmos is an American movie star. His father was of Mexican origin, and the star looked like a typical Hispanic hero. That’s why his most popular characters were of Hispanic ethnicity. He portrayed Jennifer Lopez’s screen father in the biopic movie “Selena”. Jennifer portrayed the incredibly talented singer Selena Quintanilla-Pérez and Edward was her father, a stout Mexican restaurateur Abraham Quintanilla. To look like his hero, Edward James Olmos gained 50 pounds of extra weight.