Certainly, every single person on Earth is inherently distinctive and unique. Sometimes it happens that extremely special people are born, for example very tall or short. Such phenomenon may be explained by human’s different genetic structure. This term determines exactly what physical and intellectual features will make up one’s personality. Generally speaking, all these traits are a sort of an outcome of heredity from parents to children.

Today, there are cases when a child stops growing at a certain age, usually in the period between 1 and 3 years remaining a toddler for the rest of life. In clinical terms, this thing is known as dwarfism. Thanks to scientific and technological progress now we are able to learn about this issue more than ever before. Frankly speaking, you will find lots of facts and records related to dwarfism in the world’s history. Besides, there exist about 200 medical explanations to this condition. They include bone disorders, for instance, osteogenesis imperfecta as well as hormone deficiencies that prevent or even restrain one’s normal growth. In reality, almost everyone who suffers from dwarfism finds it very difficult to live a full life. But many of them just got used to their exceptional physical state and they’re simply trying to be happy. It is they who represent our top 7 shortest people in history. Let’s find out the names of these brave heroes. 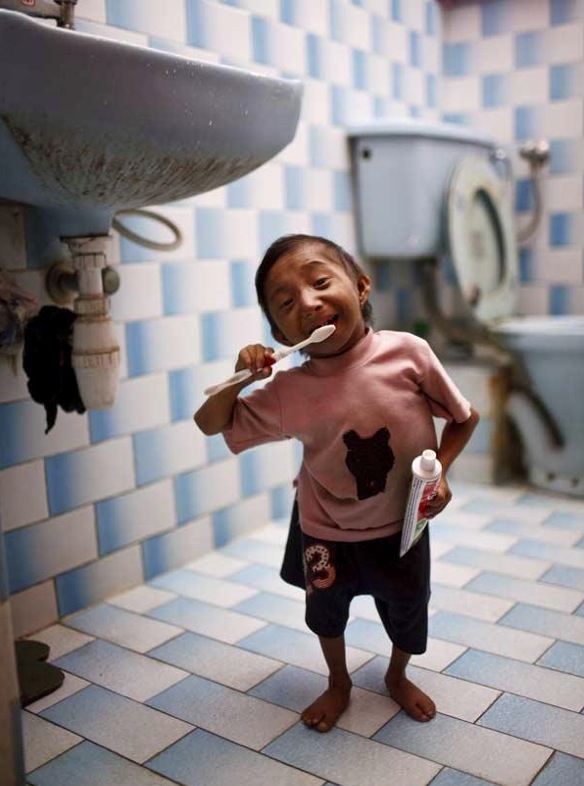 Khagenda was born on October 4, 1992, so now he’s 25 years old and he’s only 67 cm tall. Nepal is his birth place, he lives in Baglung District with his family. They all take care of him, especially his parents Mr. Rup Bahadur and Mrs. Dhana Maya Thapa Magar. Khagenda weighed very little at birth, only 600 grams because of primordial dwarfism.  No one knew about this amazing person until 2006 when Khagenda was accidentally discovered. His height made him "Little Buddha", that is how they call him in Nepal. On his eighteenth birthday, Khagenda was given the title "The Shortest Man in the World" but it was just for one year. Anyway, he’s quite popular not only at home but in the whole world. 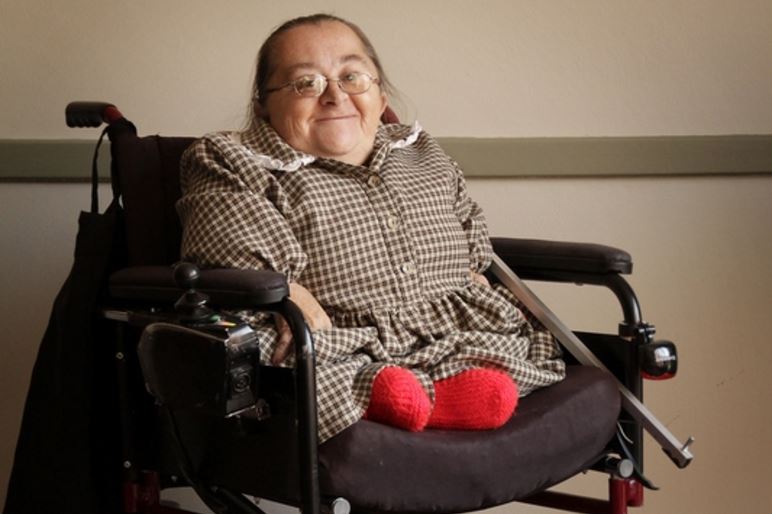 It sounds impossible but this woman got a predisposition to dwarfism from her mother who was 70 cm tall. Now Madge is 54 years old but she looks like a one-year old baby. Besides, this South African lady cannot walk because of osteogenesis imperfecta that put her in a wheelchair for the rest of her life. At present, this South African lady is a record holder for being the shortest non-mobile woman of the world. Madge took part at several conferences on disabled rights topic in Taiwan. She encourages people to stop complaining about themselves and start doing something. 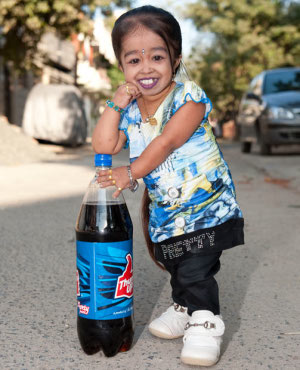 Her birth date is December 16, 1993. Even though she is still very young Jyoti is a real superstar. She’s got her own wax statue presented by Celebrity Wax Museum in Lonavala. What’s more this Indian headliner wants to be a Hollywood actress and get an Oscar but she’s afraid it won’t happen because of her height. The love for this profession arose when Jyoti starred in a season of American Horror Story three years ago. In her list of movies is also Pan Supari – a big-time Bollywood story. And she co-hosted Lo show dei record with Teo Mammucari on the Italian channel Canale 5. This girl in her 24 but has already taken on the world’s heart. Jyoti weights very little and she stopped growing right after the first birthday because of achondroplasia that is able to freeze one’s growth forever. 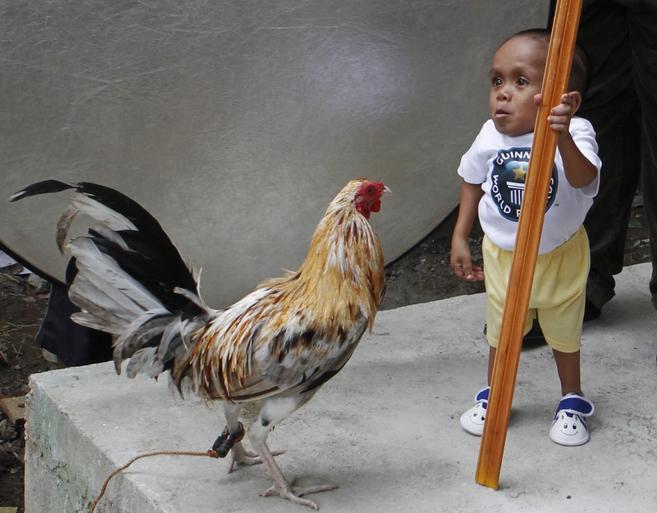 Junrei is a Filipino young man and a record holder at the Guinness Book of World Records. He was born on June 12, 1993. When turning 18 he was given the title of the shortest man in the world but he managed to keep it for just a year. The reason for his small height hasn’t been announced yet. However, it has been speculated that the thing is in some endocrine- or birth-related defect so his growing had been halted up. Junrei is said to be very weak and he is not able to walk without a stick due to his condition. But that doesn’t mean he can’t help his family with household chores and most of all he likes feeding chickens. 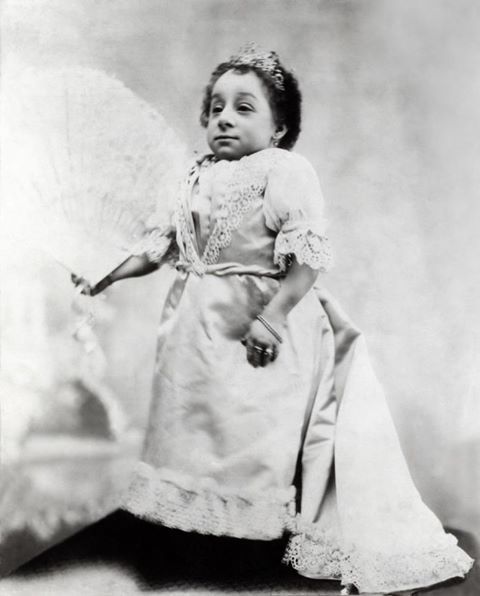 Very little is known about this girl. She was born on February 26, 1876, in Ossendrecht, The Netherlands. Pauline is considered to be the smallest woman ever. This girl had a very short life as it ended up when she was only 19. It all happened in New York in 1895 because of the combination of pneumonia and meningitis. It is really sad that doctors couldn’t save her life. 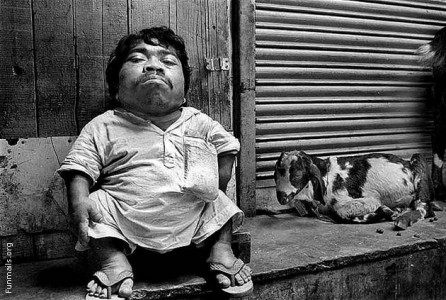 This Indian man was recognized as the shortest person in the world at the time of his living. Yes, it means he’s not alive now. Gul Mohammed was born on February 15, 1957, in New Delhi. His death in 1997 was resulted from respiratory complications after suffering from asthma and bronchitis caused by constant smoking. 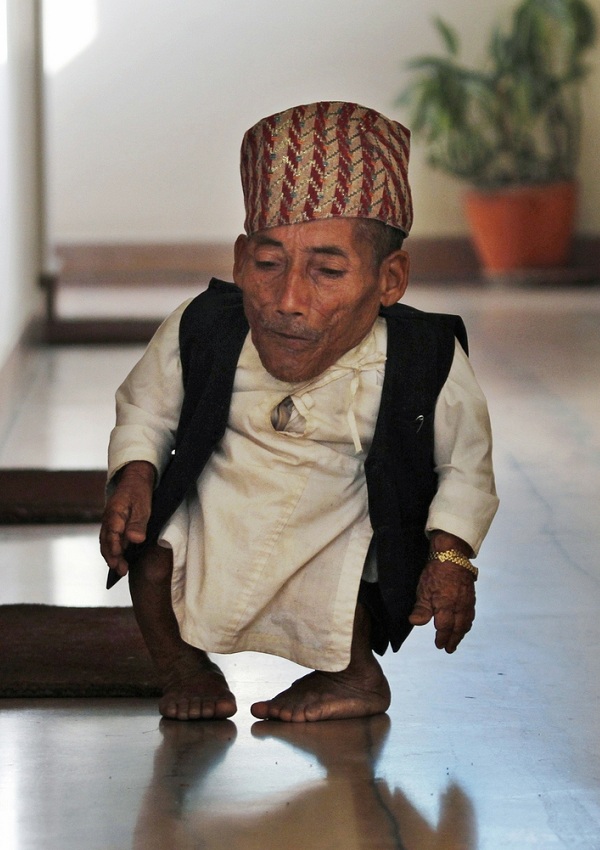 Chandra was born on November 30, 1939, in the village of Reemkholi in Nepal. This man held the record of the shortest man in the world until his death. Dangi had quite a big family of seven siblings, five brothers, and two sisters. Three of his brothers had a height of less than 1.22 m. Only after being discovered by a wood constructor in his own village Chandra started to travel. His mission was to bring attention to his homeland. To tell the truth, the record holder hadn’t left his home before. He and his family knew nothing about the Guinness Book of Records. You are not going to believe but Dangi hadn’t met any doctors until 2012. The medics concurred that Chandra’s small height can be clarified by primordial dwarfism. Moreover, he had no immediate health problems at that time. You may find photos of Dangi and Jyoti Amge mentioned above. They both attended the presentation of the 57th edition of The Guinness Book of Records in 2013. It is sad that he destined to live just two years after that meeting. Chandra Bahadur Dangi died in 2015. The cause of death is unknown although it could be pneumonia. So it’s great that the last years of life he spent in traveling just like in dreams.