Tea Leoni is often called as one of the most talented actresses in the world. The reason is her ability to play in movies of different genres. In her film lists there are comedies, action movies, melodramas etc. She feels free to play any role and it is one of her best qualities.

Tea was born in a family of a lawyer (father) and dietician (mother). She studied psychology in Sarah Lawrence College, but then dropped out and moved to Japan. There she taught English in one of Japanese schools and later moved to Italy. When the young woman came back to USA, she decided to become an actress.

Tea Leoni played in “The Family Man”, “Bad Boys”, “House of D”, “Spanglish” and others. She combined her career with up-bringing of two children, Madelaine and Kyd. Tea was married her children’s father, an actor David Duchovny from 1997 till 2014. The actress felt, that her marriage didn’t work in 2008. After that she spent several years, hesitating, whether she had to save her marriage or to divorce. Finally she filed for divorce.

In 2014 Leoni took multi-year project. She portrayed Elizabeth McCord in the series “Madam Secretary”. Her heroine is considered as a screen version of Hillary Clinton.

That very year in summer Tea started to date her co-star Tim Daly. Now she considers her idea to divorce as a good one. 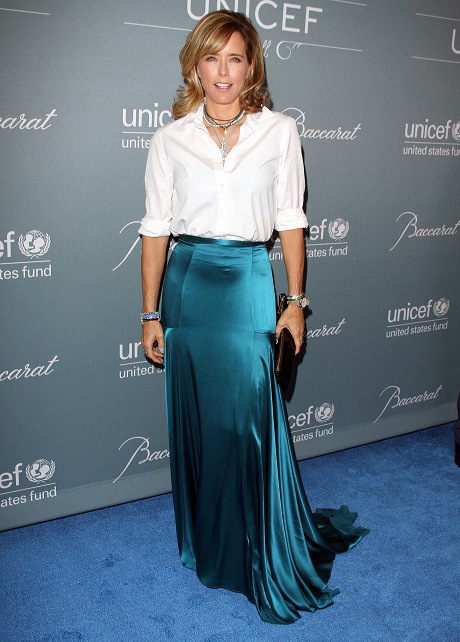 She was previously married:

She has two children with David Duchovny: