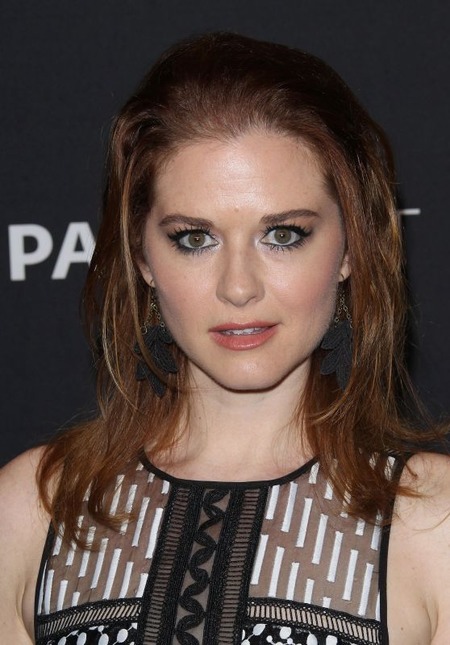 Sarah Drew is a nice young woman. She has light brown hair of middle length, beautiful grey eyes and soft red lips. The famous actress can boast with perfect body measurements. She looks like a model, although she has given a birth to her second child (a daughter) not long ago. The star was asked through Twitter numerous times about her diet secrets. But Sarah keeps silent about it and refers to breastfeeding, which helped her get rid of baby fat.

Sarah Drew started to perform on the stage in her high school years. Having graduated from school she entered the University of Virginia, where she specialized in drama. Sarah debuted as a voice actress in her teens, when she gave her voice to Stacy in animation series “Daria”.

Having got bachelor degree in performing arts, Drew began career on TV. She featured in small roles in some series, like “Everwood”, “Wonderfalls”, “Medium” etc.

Sarah Drew got her winning ticket in 2009, when she won the role in popular series “Grey's Anatomy”. The project is one of the highest rated on TV, which is currently in its 14th season. At first her heroine Dr. April Kepner was considered as a guest one, and Sarah had to leave the series after 2 episodes. But Drew’s play was valued high by the viewers, so she was cast as a regular.

Sarah Drew has been busy with many successful TV and big screen projects since then. She appeared in “Front of the Class”, “Glee”, “Moms' Night Out” etc. 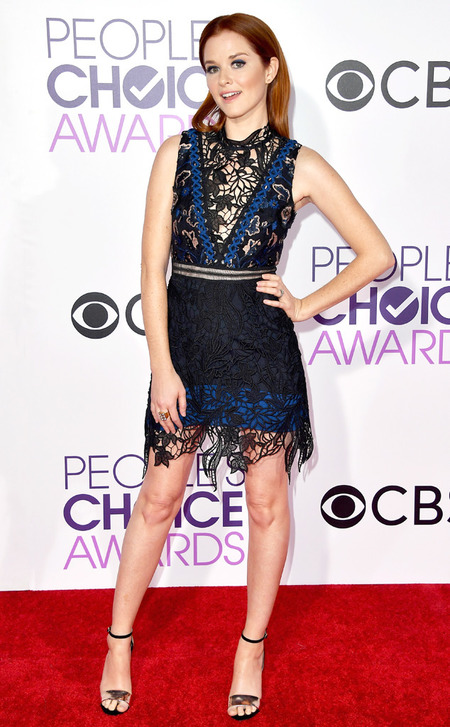 Education: The Stony Brook School; the University of Virginia

Character and Morality in Entertainment Awards in 2005

Favorite Movie: “You Can’t Take It With You”

Favorite TV Show: “So you think you can dance”