Rumer Willis was born in a family of two mega-stars Demi Moore and Bruce Willis. Probably, her whole biography can be accommodated in this phrase. The first daughter of the actors (Rumer has two sisters and two half-sisters) came into this world in Paducah. Her father was busy with making the movie “In the Country” and that’s why he couldn’t stay aside his wife during the baby delivery. So Demi hired a cameraman, who made a video of Rumer’s birth.

The girl had an interesting appearance. She was not classically beautiful, especially in comparison with her undeniably cute mother. In her young years Rumer made a plastic surgery. She made lips augmentation and corrected the shape of her face.

Rumer started career of an actress alongside her parents. In 1995 she played Demi Moore screen daughter in “Striptease”. Ten years later Rumer was the screen child of Bruce Willis in “Hostage”.

The young actress also starred in such films as “From Within”, “Whore”, “The Escort” etc. Rumer demonstrated her great body shape and dancing skills in the 20th season of “Dancing with the Stars”, which she won. She also tried her hand as a model and endorsed Badgley Mischka brand. 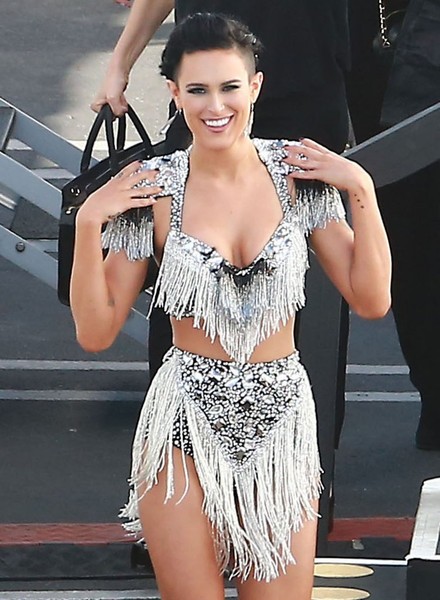 Rumer Willis is currently single. She used to date an actor Ricky Whittle in 2014.