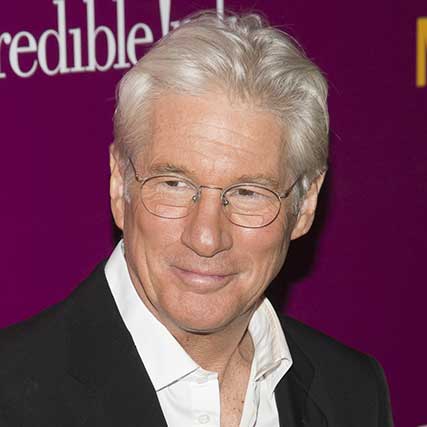 Richard Gere is one of the most popular romantic heroes in the world. During his years in movie industry (he is active since 1973) he created several heart-piercing characters on the big screen. He saved Julia Roberts’s depraved heroine in “Pretty Woman”, cared about Winona Ryder’s sick heroine in “Autumn in New York” and became the most careful dog owner in “Hachi: A Dog's Tale”.

Undeniably gifted actor Richard Gere was brought up in a family of an insurance agent (father) and a housewife (mother). In his school years he was keen on sports and dreamed about career of an athlete. He entered University of Massachusetts but then left it without getting a degree as the young charismatic guy was completely involved into acting.

He started his career as a theater actor, and then debuted on the big screen in the movie “Report to the Commissioner”. Richard rose to fame, having portrayed Julian in “American Gigolo”. After that he appeared in many classically great movies, like “The Mothman Prophecies”, “Chicago”, “Runaway Bride” and many others.

Richard Gere was ranked as the sexiest man on the planet in 1999 (according to People magazine). He was married twice, a super-model Cindy Crawford and an actress Carey Lowell.

The star is known by his social activity, for which he got a number of awards. 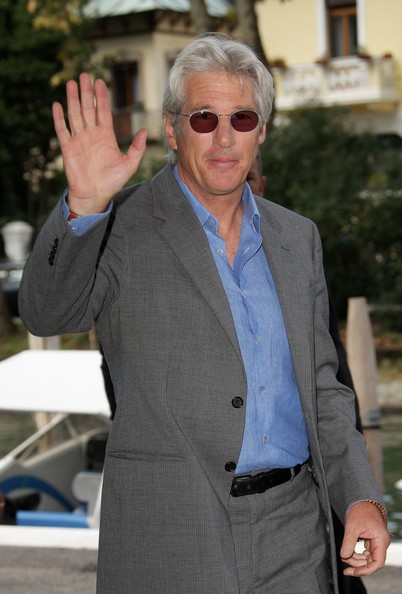 He is currently dating a business woman Alejandra Silva. He was previously married: