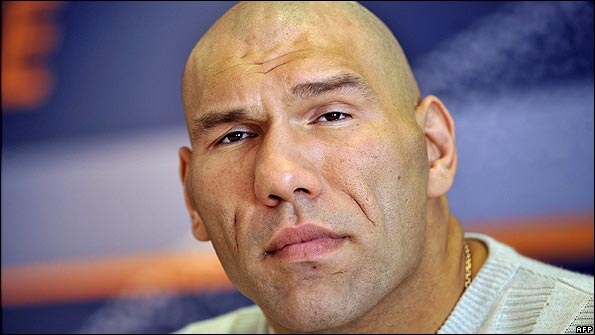 Nikolai Sergeyevich Valuev is a person with unique body measurements. He differs from the others by his towering height and solid weight. It is interesting to know, that both of his parents had average body measurements, and Valuev was born with standard height and weight. He started to grow up rapidly in his school years and it was always hard for his mother to find clothes and shoes of such a big size.

Nikolai had a talent of an athlete. At first he played basketball and dreamed to become a professional, but during his teens he grew up too fast and it made him less hardy. After that he reached some success in hammer throwing and finally decided to become a boxer.

He started his career in box at the age of 20. Oleg Shalaev was his first coach. Valuev debuted in 1993 and won his first battle against an American boxer John Morton.

Nikolai reached his career peak in 2005, when he won his first title of WBA champion in his fight against John Ruiz. In 2007 he lost the title to the boxer Ruslan Chagaev. A year later he won the title again and then lost it in 2009. After that Valuev finished his career of a boxer.

Now he earns his living as a politician and a TV host. He has some health problems. The ex-box star was operated in Germany. He is rumored to have brain tumor.

Valuev is married since 2000. He brings up three children with his wife Galina. 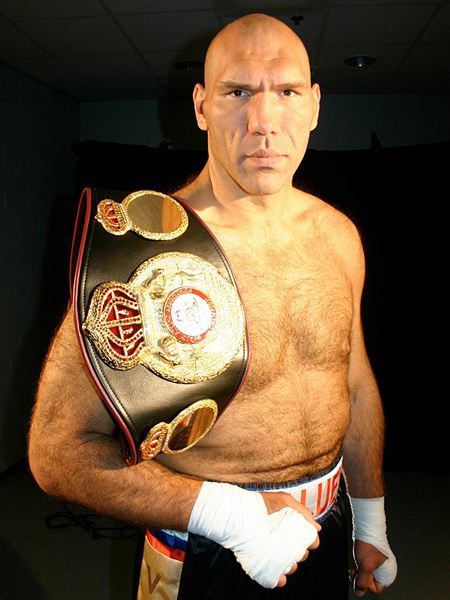 He has three children with his wife Galina: