Naomi Campbell is the first dark-skinned model to appear on the covers of glossy magazines. Her career began in 1986 – the girl was noticed on the street and offered to try herself in the modeling business when she was not yet 16 years old.

The stunning success came to the girl in the 1990s. This was the era of “The Big Six”, which, of course, included Naomi. The time has come for dizzying ups and fabulous fees.

"Black Panther", so she was nicknamed for her special flexibility and almost cat-like gait on the catwalk. A real black panther.

The beauty is also famous for her wayward character and stormy personal life. But along with thousands of fees, crowds of fans and world fame, the constant companions of the “black panther” are scandalous antics. Beating attendants, maids, doctors, spitting in the face of a police officer and much more …

For more than 30 years of hard work, Naomi has managed to collaborate with more than a dozen designers. Her beauty, professionalism and charisma have captivated the most iconic fashion designers, including Yves Saint Laurent and Gianni Versace. Naomi is 52 now and has never looked better. 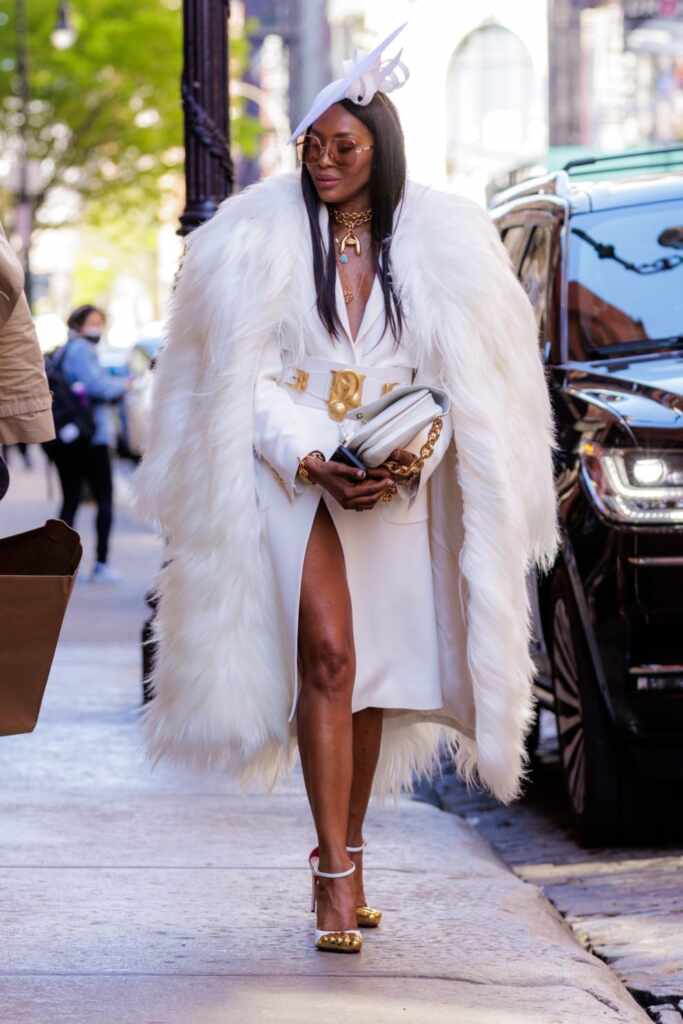 Relationships: Campbell has had a turbulent personal life. The model dated the most popular sportsmen, actors, producers and businessmen. Whatever it was, but the model was not deprived of male attention.

Her new chosen one became Ernesto Bertarelli, 56-year-old Italian billionaire. Bertarelli is an extremely successful entrepreneur, the owner of the largest pharmaceutical company in Europe, called Serono. He inherited this company from his father, continuing the more than a hundred-year history of the family business.

Bertarelli is currently single and this suggests a serious relationship, and a possible marriage.

Naomi Campbell also dated (in the past):

Children: In May 2021, Naomi Campbell stunned the public with the baby news when she shared a photo of her newborn daughter on Instagram. Therefore, the picture caused a strong reaction on the network. Since no one saw her belly, rumors spread that the child was adopted. The celebrity herself claims that there was no adoption. She hasn't released any more details about the girl yet. There were rumors about surrogate mother’s services. At the same time, she claims that the girl is her own child. Naomi Campbell first became a mother at the age of 50. For two years, the British supermodel has not declassified the name of her daughter and has not named her biological father.