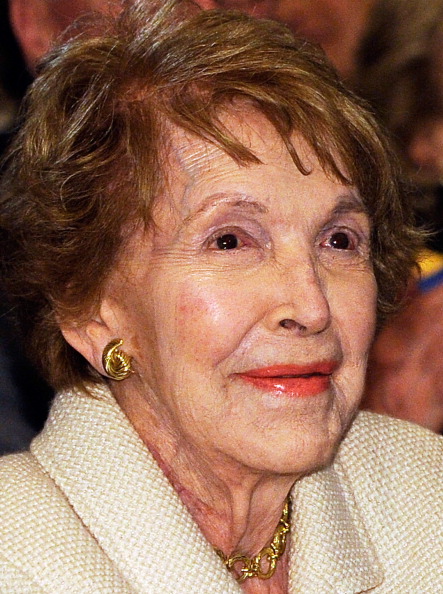 Born Anne Frances Robbin, she managed to become the world’s symbol of love and fidelity. The adoring wife, talented actress and charming First Lady, Nancy Reagan passed away in March, 2016. She is survived in the hearts of her children, friends and fans.

The biological daughter of a sailor Kenneth Seymour Robbins, she was mostly raised by her stepfather, a neurosurgeon Loyal Davis and her mother, an actress Edith Luckett. The girl studied acting in Smith College and then debuted as a performer. Nancy starred in such films as “It's a Big Country”, “Shadow in the Sky” and some others. The young actress gained some kudos, but after that her name was included into blacklist for her connections with communist party. Nancy, who was not a supporter of communist ideas, paid a visit to the Screen Actors Guild president to ask him for help. Thus she got acquainted to her husband, then-actor Ronald Reagan.

They tied a knot at a close ceremony in LA and from that moment Nancy quit her career. She supported her spouse, when Ronald was elected as California Governor, stood by his side, when he had become the 40th American President and cared about him, when her loved one was discovered to have Alzheimer.

Nancy Reagan started “Just Say No” campaign, which was aimed to struggle against drug using. In 2002 she was awarded with prestigious Presidential Medal of Freedom.

She had two biological children with Ronald Reagan:

And she was a stepmother to his two children from previous marriage:

Presidential Medal of Freedom in 2002