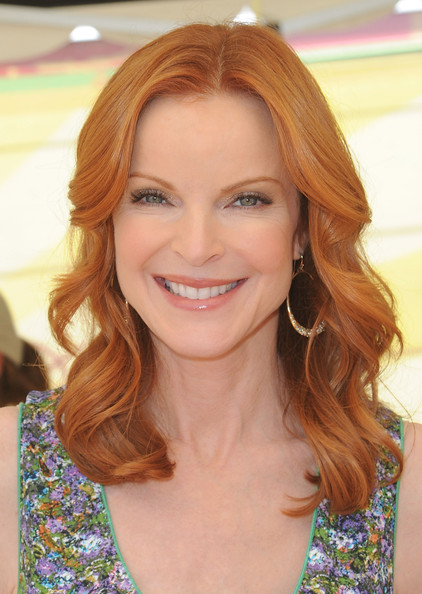 In her 54 years old, Marcia looks amazing. That’s why the star is not afraid to show her well fit body in various TV projects she takes part in. Her blouses with a deep décolleté and shirt skirts attracts attention of numerous viewers all over the world, which watch her hot heroines from episode to episode. Her secret of eternal youth is simple – lots of yoga and a strict diet. “I feel hungry all the time, but I am paid for it”, an actress says.

Marcia Cross dreamed to become an actress from her early years. But she got bachelor degree in psychology at Antioch University at first and even worked as a psychotherapist for a certain period of time. Later Marcia told that her knowledge on psychology helped her make her heroines so natural and sincere.

The actress is known by her works in the series “Knots Landing”, “Seinfeld”, “CSI: Crime Scene Investigation” and of course, “Desperate Housewives”.

Although in her real life Marcia differs from Bree Van De Kamp a lot, she understood her heroine, when the last one had lost her husband Rex. The actress widowed too. She lost her long term partner, a screen writer Richard Jordan, who passed away because of brain tumor.

Now Mrs. Cross is happily married with a businessman Tom Mahoney and brings up two daughters. 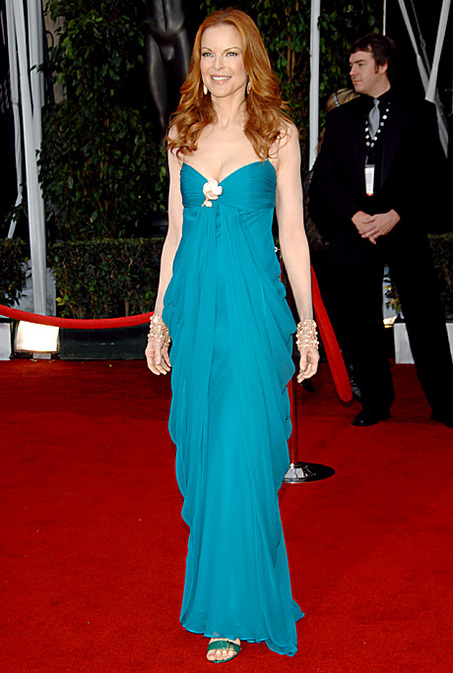 Twin-daughters Eden and Savannah 9born in 2007 with Tom Mahoney)

Three Golden Globe nominations for her role in “Desperate Housewives”

Favorite Book:  “All the Way to the Ocean” by Joel Harper