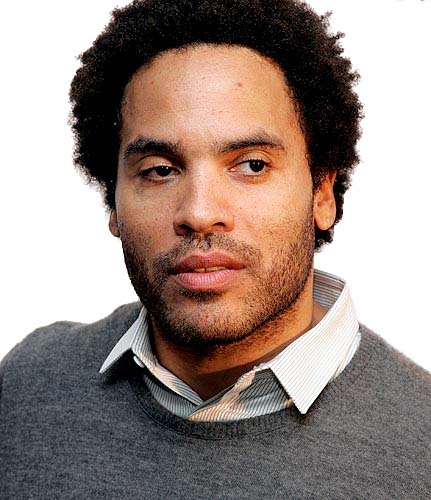 Lenny Kravitz gained international popularity as the musician, actor and musical producer. He felt that singing was his cup of tea at an early age. The son of an actress (mother) and TV producer (father), he was brought up in a very creative atmosphere. The most famous jazz singers in USA visited their house at weekends and Lenny spent lots of time, listening to their music. Thus he used to tell about an American composer Duke Ellington, who had been playing the piano in his house.

Lenny sang in a church choir and was taught to play the piano and other musical instruments in his school years. Kravitz left school at the age of 16 because he decided to start career of a musician. Ambitious Lenny left his parents’ house and started to earn his living himself.

At first the debutant performed under the stage name Romeo Blue. Soon he caught attention of various musical producers. Lenny was signed by I.R.S. Records for a short time and then found another label – Virgin Records – which had played the key role in development of his career.

Lenny Kravitz rose to stardom after the release of his first studio album, named “Let Love Rule”. For now Lenny has already released 10 studio albums. They got platinum and gold statuses.

Kravitz glorified his name as an actor too. He starred in “Zoolander”, “The Hunger Games” etc.

The star actor and musician is known as an author as well. He co-wrote Madonna’s song “Justify My Love”, which has become an international hit.

Lenny Kravitz can be proud not just of his career, but also of his daughter. He is a father of an actress Zoë Kravitz.

2) Currently he is rumored to date a comedian Whitney Cummings