Every morning, having just woken up, we turn on the laptop or take out a smartphone, open the morning newspaper or, in an old-fashioned manner, stick to the TV screen. And everywhere we see them – celebrities. Slim and beautiful, “forever 21s” and always fit, smiling and well-dressed, our favorite stars inspire us again and again, and not just because they really live the life, which we just dream about, but also because they really solve the problems, which discourage us. The stars part ways and create new families, start from scratch and cope with addiction. And they learn to live after being diagnosed with a terrible disease. They are people like us. And if they could do it, we can too. Here are 15 stars who survived cancer.  Read and stay strong! 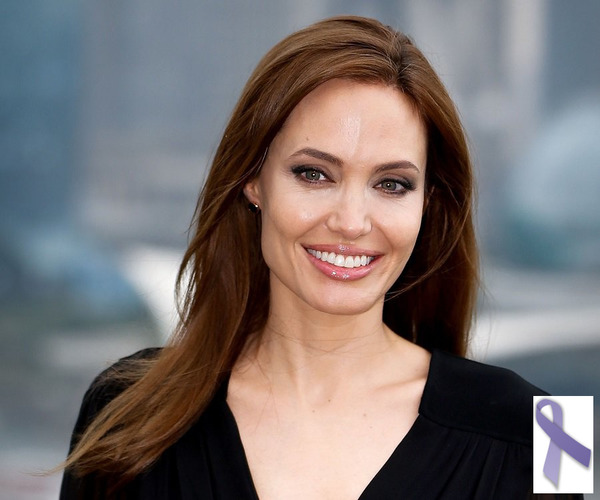 Cancer topic is painful for a Hollywood diva Angelina Jolie. Her mother, Marcheline Bertrand, died at 56. The woman had been struggled with ovarian cancer during 10 years, and then she passed away at a young age. Her daughter, Angelina, who is a mother of 6 children, passed though several cancer operations in 2013 and 2015. The star was not diagnosed with cancer, but removed her ovaries and breasts to prevent it. Jolie told she would like her mother to do the same before she had been diagnosed with this disease. 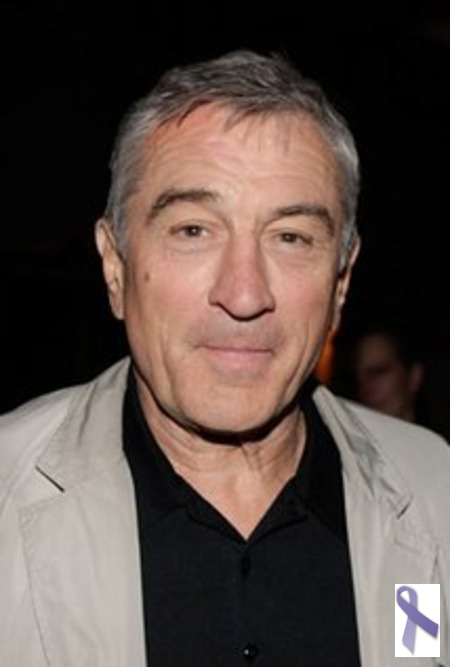 The famous actor was diagnosed with prostate cancer at the age of 60 (the year of 2003). Fortunately, cancer hadn’t spread anywhere, because Robert was conscious about his health issues and visited doctor regularly. De Niro didn’t fall in despair and immediately started the treatment.  He was very private with the recovery process, and didn’t want to publicize the details of his illness and procedures he had to go through. They say De Niro had radical prostatectomy, which made him completely healthy. After that he starred in a number of movies, like “Everybody's Fine”, “Killer Elite”, “The Intern” etc. 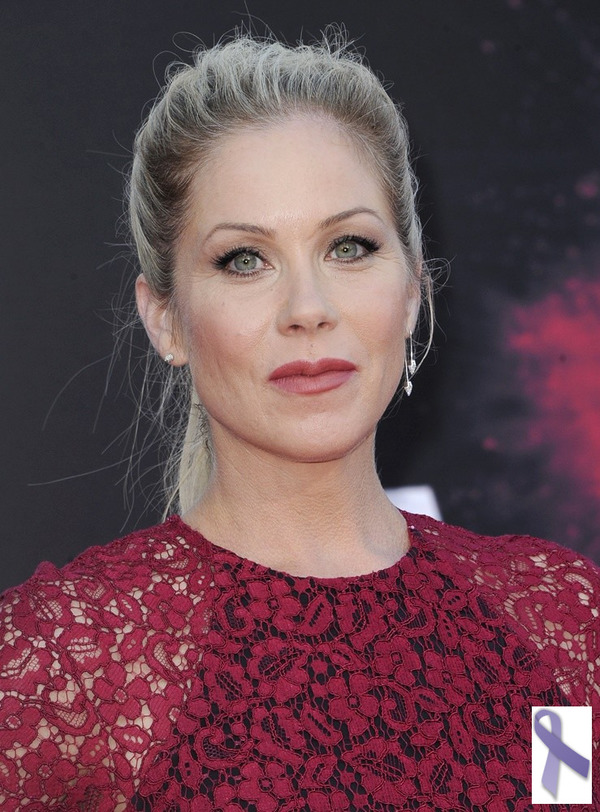 The talented actress and dancer, whom you can remember as Amy Green (Rachel’s sister) from “Friends”, got the bad news about cancer in 2008. Then the young woman was diagnosed with breasts cancer, which fortunately, was at its early stage. Christina passed through an operation and lost two of her breasts as a result. But later she became absolutely healthy and even gave a birth to her first child – a daughter Sadie Grace. Applegate made breasts plastic surgery, and now she looks terrific! 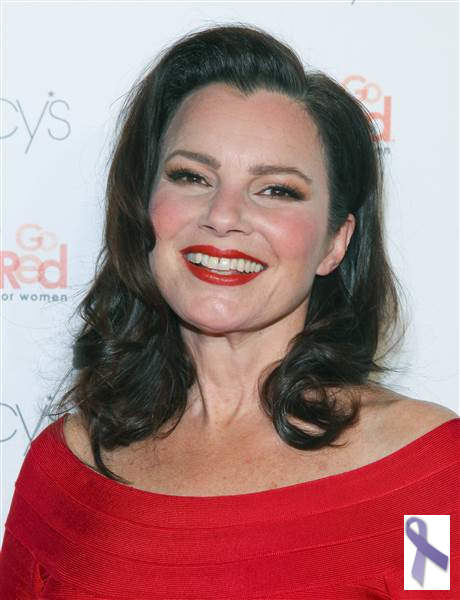 The outstanding US comedian and voice actress knows that humor can cure everything. She needed all her humor and optimism to cope with uterine cancer she was diagnosed with in 2000. In June that very year the star underwent an operation as a result of which her uterus had been completely removed. Fran struggled with cancer for several years and coped with lots of disasters, including painful procedures and misdiagnoses. To support the other people with similar problems she wrote a book “Cancer Schmancer”, which has become a bestseller. Later she started movement with the same name. 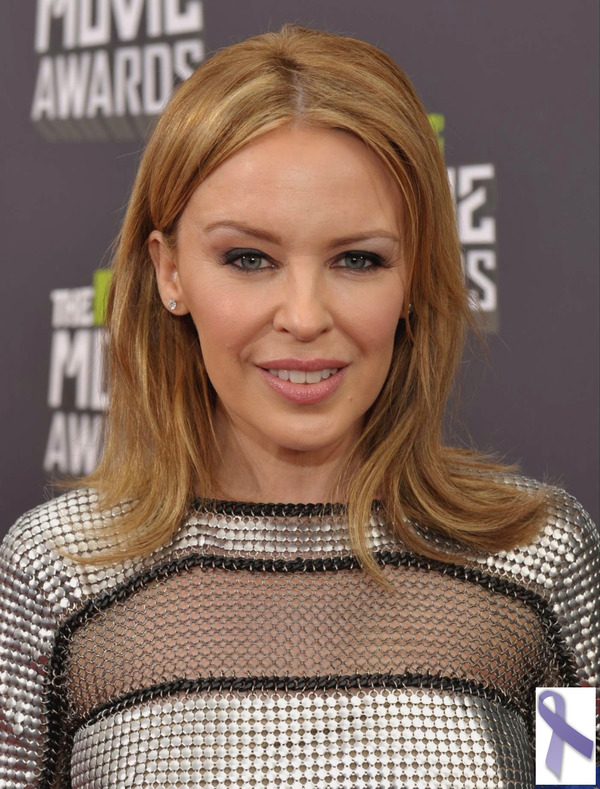 Kylie Minogue, a famous Australian singer, was diagnosed with breasts cancer at the age of 37. Ten years later she told in her interview to Karl Stefanovic (“60 minutes”) about that incredibly complicated period in her life. Kylie, who had always been strong before, needed the care of other people. At the same time she felt, she had to be optimistic and ready to fight. The beautiful woman, she lost her hair after chemotherapy and was very glad, when it started to grow again. “It was like a miracle”, told Kylie Minogue with tears in her eyes 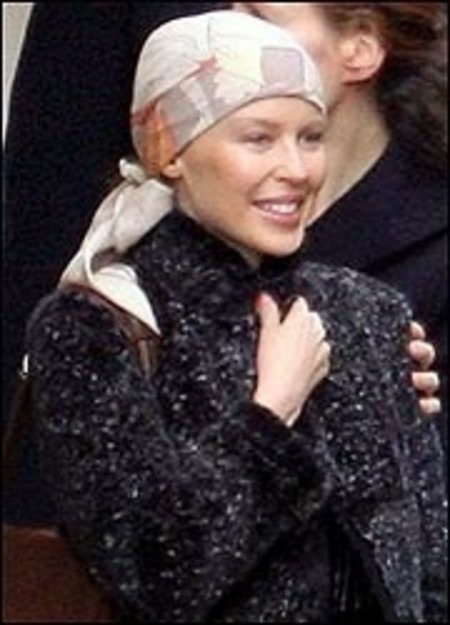 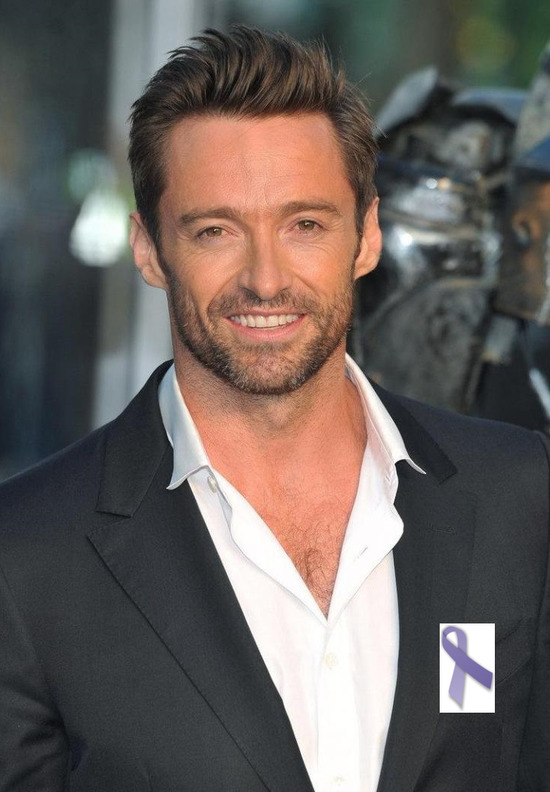 The Wolverine star doesn’t have regenerative ability, like his famous comic hero. Hugh was diagnosed with skin cancer in 2013, when he noticed an unusual mole on his nose and decided to visit a doctor. Since then Hugh Jackman have already passed through 6 skin removing operations, and it is not still known exactly, if he had managed to defeat cancer.

Hugh Jackman told in his interview, that he was absolutely realistic about the future. He regretted that he was lack of information about skin cancer during his young years in Australia. “I didn’t even try to use sunscreen”, he told to “Men’s Health”.

Anastacia, a famous American singer, coped with cancer in 2003. Then she was just 34, and the star was really shocked, when she heard, she had breasts cancer. But she managed to recover, although the part of her breast was removed.

Ten years later the cancer returned and the singer had to survive one more time. After 6 months of treatment Anastacia won her battle with the illness again. She appealed to all the people with similar health issues and told not to give up and fight with the cancer to the last moment. She founded the charity anti-cancer foundation.

Michael Douglas is a famous American actor, whom we know as Detective Nick Curran from “Basic Instinct”, Nicholas Van Orton from “The Game” etc. One day the actor has noticed a small walnut-sized thing on his neck. That appeared to be a cancer tumor, and he passed through several operations to get rid of it. As a result, Michael’s taste buds were removed. The actor complained, now he can’t enjoy the taste of red wine, which was his favorite in the past. 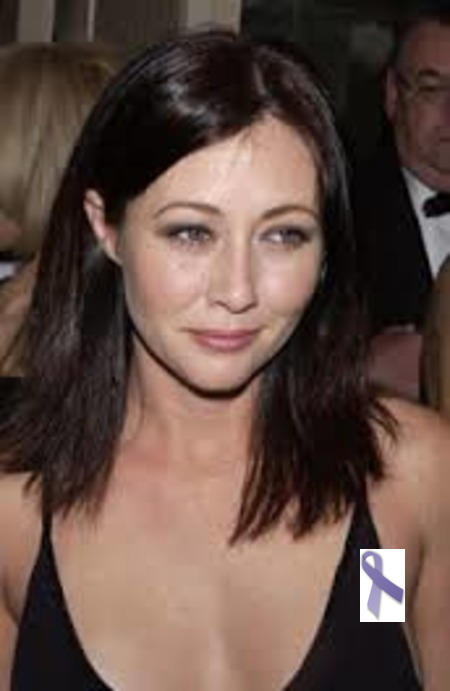 The story of this star still doesn’t have a happy end. Shannen Doherty has been battling with breasts cancer since 2015. Brenda Walsh from Beverly Hills understands that unknown scarifies most of all. That’s why she shares the news about her illness all over the world through instagram and various talk shows. She wants to inspire other people, who were diagnosed with this disease. The actress has already passed through one-sided mastectomy and soon she will undergo chemotherapy and radiotherapy. Hopefully, Shannen will recover! 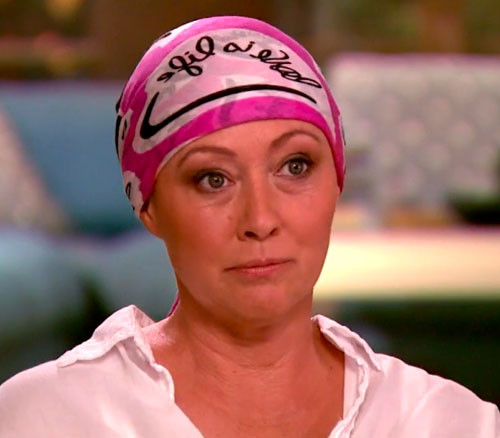 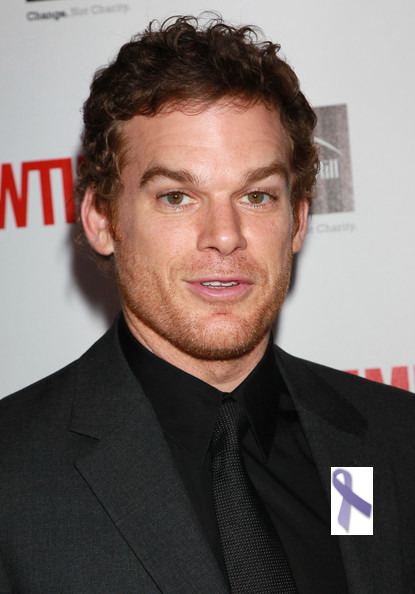 Dexter actor Michael C. Hall knew, that he had Hodgkin’s lymphoma at the age of 38. His late father was diagnosed with the same health issue at the age of 39 and died from it. But Michael paid regular visits to a doctor and took care about his health, so he managed to “catch” cancer at its early stage. The actor went through a number of clinical procedures, including chemotherapy after which he lost his hair. Michael Hall received his Golden Globe award in 2010, having put on a knitted hat, which covered his bald head. Thus he showed to people all over the world, they shouldn’t be ashamed of their illnesses. Very soon he became absolutely healthy and continued his career, having appeared in “Kill Your Darlings”, “Cold in July” etc. 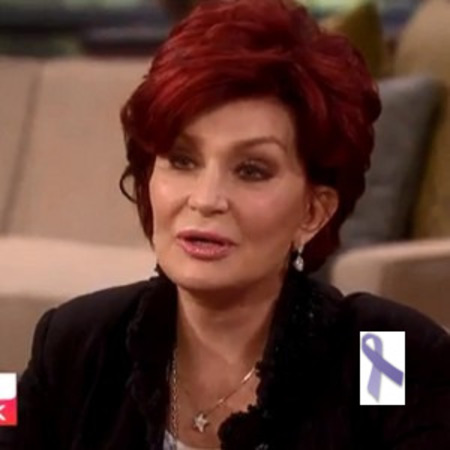 Sharon Osbourne is another celebrity, who got cancer experience. She received the bad cancer news, when she was 49. “The Osbournes” show star was diagnosed with colon cancer. Her relatives, a daughter Kelly and husband Ozzy, decided to cancel their tours and stay near Sharon. But the woman didn’t want them to ruin their plans. During the second season of her reality show Sharon underwent cancer treatment (and it was not hidden from cameras). Mrs. Osbourne passed through an operation, when the part of her intestine was removed. She is rumored to make preventive double mastectomy later as well. 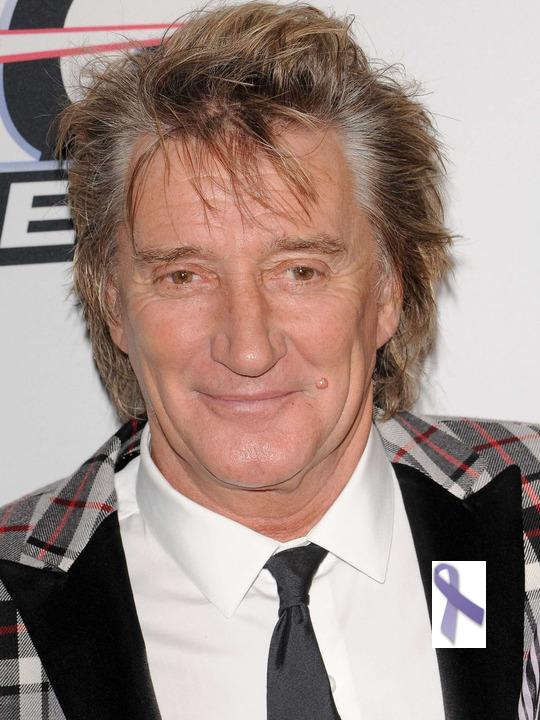 They say when the person is diagnosed with cancer, he asks himself a traditional question, “Why Me?” Rod Stewart was not exclusion, when he was diagnosed with thyroid cancer at the age of 55. As the stellar singer recollected in his mind later, it was a typical hot day in May. He went to the Cedars Sinai hospital for his usual medical check-up and got a bad news about some tumor in his thyroid gland. Rod was shocked, as he considered himself a very healthy person, who worked out every single day and had enough energy for stage performances. The next day he passed through biopsy at the same hospital. The star couldn’t sing within 9 months after the operation. The second question Rod Stewart asked himself was “How I can help the others with similar problem?” He spends millions of dollars for cancer charity annually. 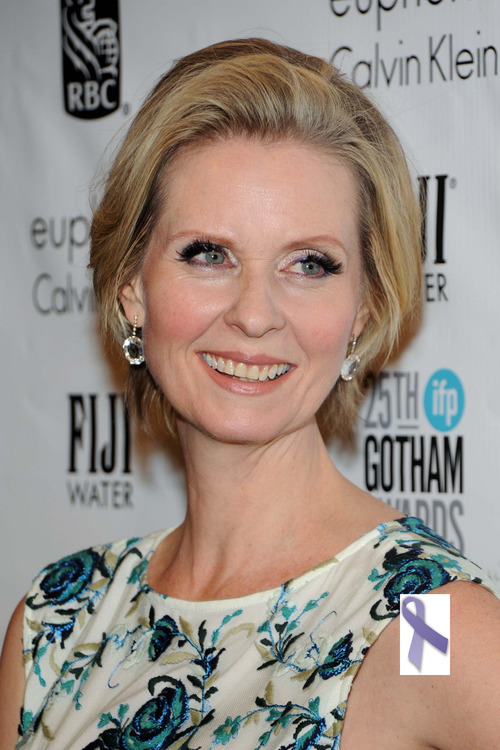 Louboutins, a cosmopolitan cocktail and super expensive bag – all of us remember Cynthia Nixon as one of Sex and the City girls, super successful, super sexual and super active. That’s why her fans felt completely ruined, when they saw Cynthia’s bald head and incredibly lean body on photos. The star was diagnosed with cancer in 2007, and at first she decided to keep silent about it. Cynthia decided to be operated on Sunday not to miss a single day of her work. She was supported by her girlfriend and children and only later she shared sad news with her fans.

Cynthia Nixon battled the cancer. She told she used her mother as a role model. Nixon’s mom coped with breasts cancer, when Cynthia was just 12 years old. 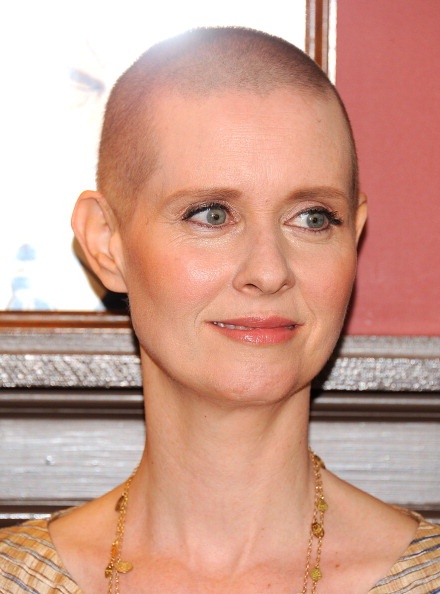 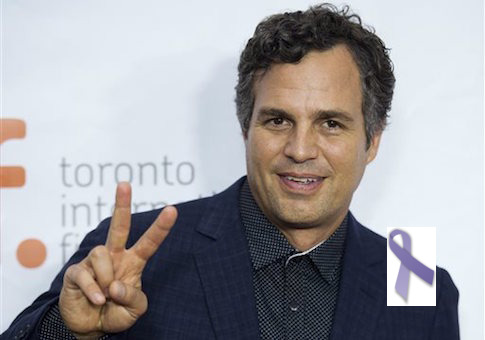 Mark Ruffalo got close to mortality at the age of 33, when he was diagnosed with acoustic neuroma (a kind of brain cancer). The star of such movies as “Eternal Sunshine of the Spotless Mind”, “Rumor Has It” and “Now You See Me” was not surprised, when he heard that news. The day before it he had a dream, when he had had a brain tumor. The dream was so realistic, that he decided to visit his doctor.

Mark Ruffalo passed through a brain operation several weeks before his first child (a son Keen) had been born. After the surgery the star’s face muscles were paralyzed for a while. Later his face was completely recovered, but his left ear remained deaf. After that Mark Ruffalo gave an interview, where he told about his feelings and fears during that period of his life. He told, each morning he repeated the mantra, “Please, leave me my face and my life!”

It’s been a long time since Mark had become a cancer survivor. He played lots of successful roles after that. But till now he supports other people, who were diagnosed with cancer. 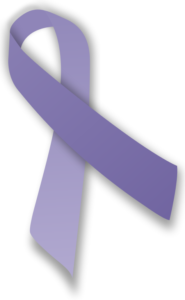 So, you have just read about 15 stars or simply 15 courageous people, who battled cancer. February the 4th is the World Cancer Day. Hopefully, one day this dangerous illness will be treated easily or at least will be diganosed at an early stage only. In any case, never give up!