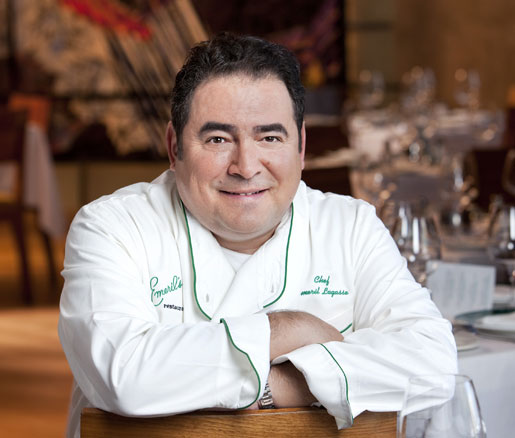 Do you like eating? Many people do and Emeril Lagasse is a person, who knows everything about delicious food. He rose to fame as a skilful chef, the owner of luxurious restaurants and TV host. His appearance is quite simple; he won’t impress you with towering height or six-pack. But his charisma and talent to cook helped him become one of the most celebrated chefs in the world.

Emeril was taught cooking since his earliest years. He worked at a Portuguese bakery in his teens and fell in love with this occupation. He studied cooking professionally at Diman Vocational School. Although Emeril was keen on music too, he chose culinary.

Emeril Lagasse’s big break was 1990 when he managed to open his own restaurant in New Orleans. His venue has become popular and his name has become significant in the world of culinary. After that Lagasse has become the prime tidbit for TV producers. He was offered to become the part of Food Network. Lagasse hosted several popular shows including “Emeril Live” and “Emeril's Essence”.

Lagasse’s brand was developing from year to year he opened new restaurants and thus have built his culinary network. Now he owns 10 restaurants, which are situated in Miami, New Orleans, Orlando etc. 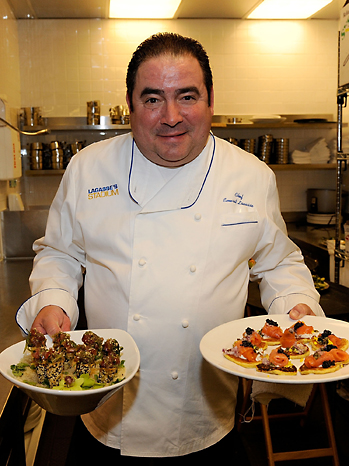 …and many other honors