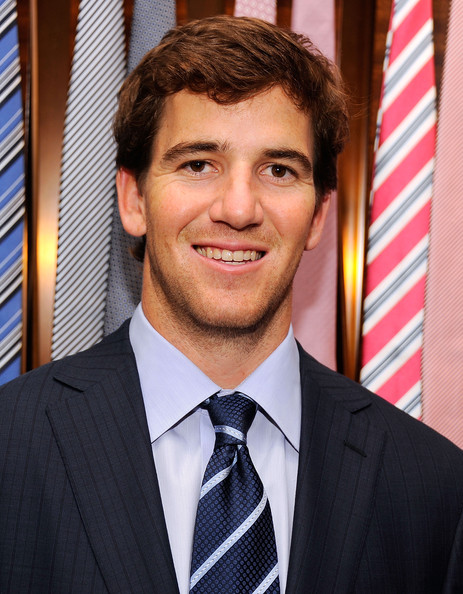 Eli Manning is celebrated as the top American football player. He glorified his name as a qarterback of New York Giants team, who led them to triumph in Super Bowl XLII and XLVI.

Manning can be recognized in the crowd by his unique body measurements. He is tall and massive; he has thick brown hair and big brown eyes. No doubt, Manning is quite handsome. His physical magnetism was appreciated by his co-student Abby McGrew. They started to see each other and got married in 2008. Currently Eli and Abby grow up three daughters.

Born Elisha Nelson Manning got used to play American football since his kindergarten age. He is a son of former AF quarterback Archie Manning. He had been Rebels team member in his youth and during his last year in college got several important awards, including Maxwell Award.

Manning was drafted by San Diego Chargers during his last year in the University. Soon he was drafted to New York Giants.  At first Eli hadn’t participated in matches and was benched for a season. In 2005 he got an opportunity to play for the team.

In 2007 New York Giants got into Super Bowl and won it with Eli Manning’s support. They defeated New England Patriots with the account 17-14. Manning was ranked as the most valuable player.

Eli Manning is a real winner either on the field or off it. He is involved into charity activity and was one of those, who helped restore New Orleans after Hurricane Katrina. Manning is a real family guy. He likes to spend time with his daughters and doesn’t regret that he has no son. He tells girls are much funnier. He is always ready to follow his father’s advice as for parenthood. 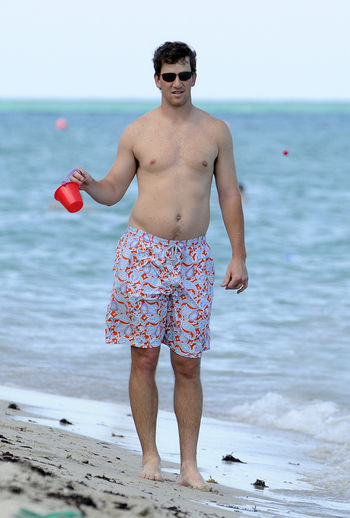 Education: the University of Mississippi

He has three daughters with Abby McGrew

1) Independence Bowl Most Valuable Player in 2002

…and some other awards