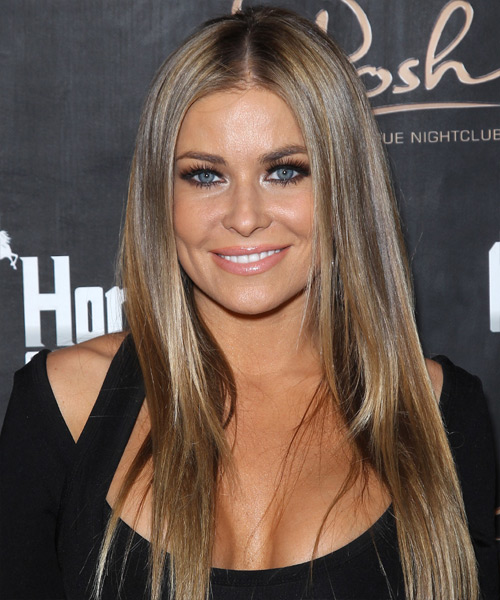 Carmen Electra has an impressive bright beauty, which comes even better with age. She has become popular due to her television roles, modeling, singing and dancing activity. She is not tall in comparison with other models, but her ideal body proportions – slim waist, wide hips and large breasts – make her a desirable woman for many men all over the world.

She took music and dancing lessons and started her career as a dancer. She rose to fame as a singer in early 1990s, when she was discovered by a musician Prince. They were rumored to have a romance then. It was Prince, who chose the stage nickname for Tara.

Carmen Electra boasted with her hot body in 1995, when she appeared in nude photosession for Playboy. Her beautiful body impressed Playboy readers. The girl was named as the second Pamela Anderson (by the way, Carmen was rumored to put implants too). Later ambitious Carmen replaced hot Pamela Anderson in the series “Baywatch”. She hosted MTV movie show “Singled Out” too.

Carmen Electra is still busy with various TV projects. In 2012 she featured as a judge at “Britain's Got Talent” show. One of her latest screen works is the small role in drama “Chocolate City”.

The star is divorced now and has no children. She used to tell in her interview that she thought about adoption.

Awards and Honors: MTV Movie Award for Best Kiss in 2004