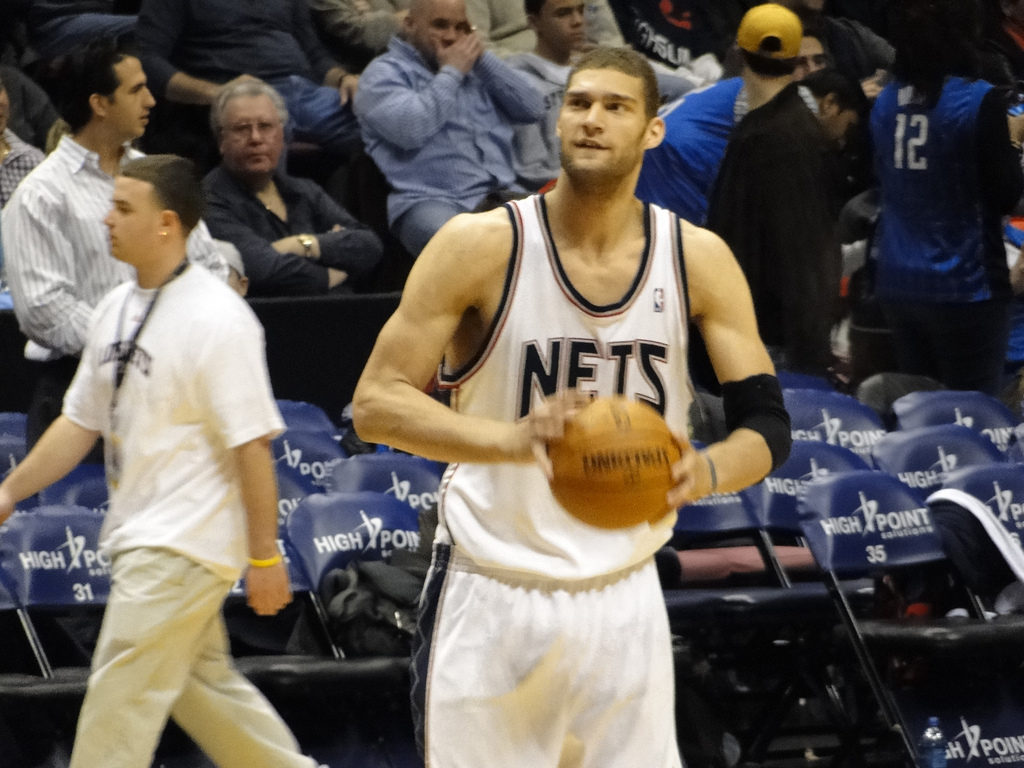 Have you heard about this guy? Well, you should have. Brook Lopez is a prominent American basketball player. The way this center acts during competitions admires and enchants everyone who watches it. There are even occasions when people become basketball lovers only thanks to Lopez. That is why he’s got fans all over the world.

According to statistics, Brook is considered to be one of the wealthiest basketball players in 2017. And he also belongs to the top 30 most well-paid NBA stars, he’s exactly the twenty-first in this list. Pretty impressive, right? This is because Brook Lopez picked up another incredible contract for a three-year period with the Brooklyn Nets in 2015. In addition to fame, it brought him millions of dollars. To be exact, the total sum of the agreement was $63,497,025, it means $21,165,875 per year. What’s interesting, this basketball player gets $22,642,350 as a basic wage in the 2017-2018 season. And it comes to about 2 million monthly. This document was named one of the most expensive in the history of NBA. But Lopez is definitely worth all that money. Besides, this center of Nets came out on top in the A-list of the most productive players of the club of all the time. In addition, he’s got really impressive physical data. His height is 2.13 m and he weighs 122 kg.

Brook Lopez was born on 1 April 1988 in North Hollywood, Los Angeles. His mother Deborah Letford is American and his father Heriberto Lopez is Cuban. He has three brothers, Chris, Alex and a twin brother Robin. Almost every member of his family is connected with basketball. This game is the walk of life for 3 of the four brothers. What is more, Brook’s grandfather was on the team of the University of Colorado. As for Alex, he used to play at the University of Washington and Santa Clara, however, he became popular in the world of sport in such countries as Japan, Spain and New Zealand. Robin is almost the same recognizable celebrity as Brook. Although his earnings are slightly different, Robin is a very talented sportsman. He represents the Chicago Bulls, after 2016 trade. Both Brook and his twin brother spent two years of college basketball at Stanford in 2006-2008. That time is often called the starting period in their careers. There’s been a lot of rumors about their relationship too. The way these two brothers treat each other is usually perceived with shock and misunderstanding. The point is that Brook and Robin like to make fun of one another in public. The press is often surprised when one of them starts calling his twin stupid or simply "an idiot". Actually, it’s quite a normal thing in this family.

After college Brook was chosen by New Jersey Nets, nowadays this phenomenal team is known as Brooklyn Nets. At first, his salary was not that big but everything has changed over time. When starting the career sportsmen receive small pays. Such practices are common to anyone who engages in sports. But this is not the case for Lopez. From the very beginning, this unsurpassed basketball phenomenon started making good money. Thus, officially, he set about doing professional basketball in 2008 as a part of New Jersey Nets. Since 2012 his average income was about $15,206,485 yearly and in 2015 it substantially increased because of contract updating.

At the present time, Brook is an active player of the outstanding Los Angeles Lakers. Everything happened about three weeks ago when Chicago Bulls and Los Angeles Lakers decided to make a new transaction. Thus, Lopez was sent to LA and D’Angelo Russel and Timofey Mozgov moved to Chicago. In the end, both parties were satisfied with the deal and Brook began to adapt to the new life and is ready to bring lots of victories to his team.