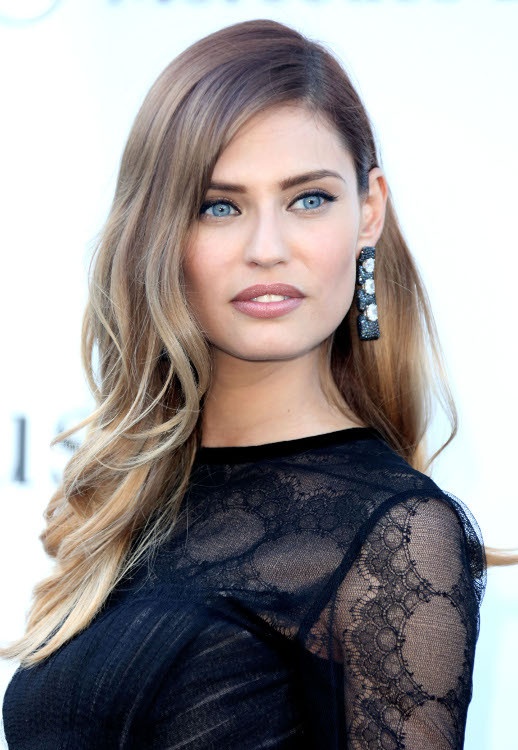 Bianca Balti is an internationally popular Italian model and an occasional actress, who showed her great bikini body in such movies as “Go Go Tales” and “The Tale of a Fairy”. In 2017 the blue-eyed star appeared in Sports Illustrated, wearing just a light bikini. Thus 32 year old model proved that it is possible to keep exceptional body measurements, even if you have already become a mother of two sweet daughters.

When Bianca is asked about her diet or workouts, she just smiles happily. The incredibly slim and tall beauty had never kept to diets and counted calories just once in her life soon after having birth to her first daughter. Bianca hadn’t invented some special menu for herself; she just limited the amount of fats in her menu and ordered sushi for dinner.

The future D&G face was born in Lodi, Italy and had never thought about becoming a model. She was occasionally discovered by an agent Bruno Paulette, who popped into the supermarket, where she served as a shop assistant, and was struck by a look of her big blue eyes.

Bianca made a rapid start in a fashion industry. In her 20 she posed for L'Officiel and modeled for Dolce&Gabanna. She modeled for the most popular fashion brands like Armani Jeans, Christian Dior, L’Oreal and many others. In 2005 she appeared in Victoria’s Secret show.

The model, who works from morning till night, enjoys her independence. A happy mother of two daughters thinks that she must be ready to bring up her children herself, without anyone’s support. She is currently married Matthew McRae.

Place of Residence: Spain and California