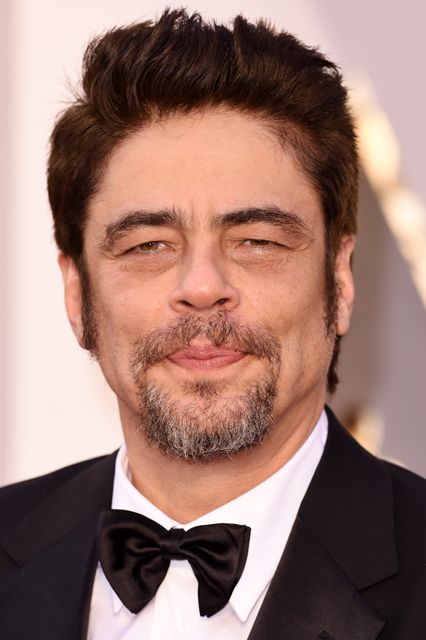 Benicio Del Toro is an interesting actor with an interesting fate. One of the most popular Hollywood entertainers, he had never thought about devoting his life to this profession. The boy lost his mother, when he was just 9 years old and was brought up in a boarding school. The strict discipline there taught Benicio to be hard working and persistent.

He wanted to be a lawyer and took several drama lessons in the University of California just for entertainment. Gradually he fell in love with this occupation and it was his brother, who advised Benicio to become a professional actor. Now Del Toro thinks, that his brother noticed the boy’s talent, which he himself could see.

Benicio Del Toro started with small roles. Usually his characters had no words and disappeared after several minutes of screen time. He acted in “Big Top Pee-wee”, “Licence to Kill” and some other films, till he finally met his big break.

Del Toro has become a sensation after starring in Marco Brambilla film “Excess Baggage”. He earned an Academy award for performance in “Traffic’, where he acted opposite Michael Douglas and Catherine Zeta-Jones. His other popular screen works are “Snatch”, “Sin City”, “A Perfect Day” and many others.

Benicio Del Toro was in relationships with numerous popular actresses, including Alicia Silverstone, Heather Graham and Scarlett Johansson. He has a daughter with an actress Kimberly Stewart.

Education: Mercersburg Academy and the University of California

…and many others awards and nominations