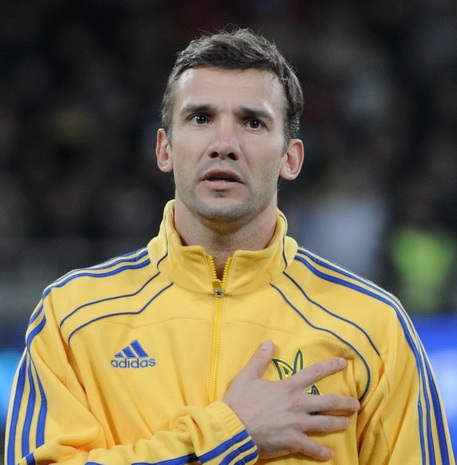 Andriy Shevchenko is a former soccer player, who currently serves as National Team manager in Ukraine. He also tries his hand in policy.

Although Andriy Shevchenko gained international recognition as a soccer player, he is the lover of various other sports too. Thus he participated in golf tournament in 2013 and played hockey in his school years.

The future football star was born in Kyiv Region, Ukraine. Later his parents moved to Kyiv, where the boy attended the local school No 216. His father expected him to make military career (Mykola Shevchenko made career in the army), but the boy fell in love with football. His parents took him to the other part of the city every day. He was training 2-3 hour daily.

Andriy Shevchenko debuted professionally in 1986 as Dynamo Kyiv player. Soon he managed to become the top goal scorer of the team. In 1999 he was transferred to Milan FC for $25 million. It was Shevchenko’s dream to play for this football club. In 2005 he started to play for Chelsea FC.

Shevchenko retired from professional football in 2012 and started career of a politician. In July, 2012 he was appointed as the head coach of Ukrainian National Team.