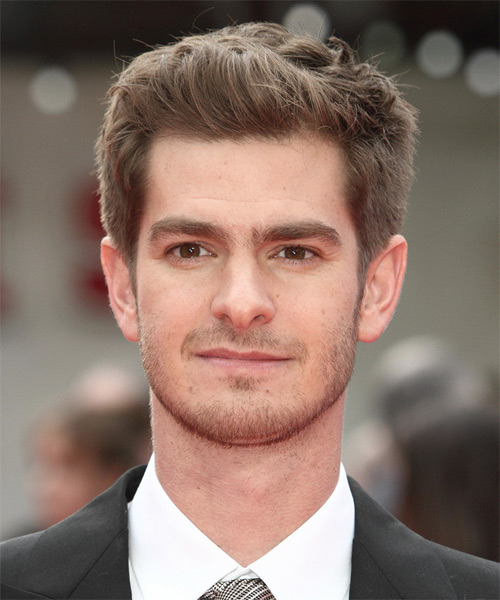 Andrew Garfield seems to come to the big screen from secret girls’ dreams. He is of average height, has a noble open face and great body shape.

Andrew was brought up in a middle-class English-American family. He spent his early childhood in Los Angeles and then moved to England. Now the star has double English-American citizenship and tells that he feels in both countries like at home.

Garfield got interested in acting since his secondary school years. He debuted in “Bugsy Malone”, a theater production, at the age of 9. In 2005 the actor made his first TV appearance. He acted in “Trial & Retribution” series and then got initial recognition as Frank in “Doctor Who”.

Garfield’s most popular big screen projects are “Boy A” and “Lions for Lambs”. In 2012 Andrew realized one of his professional dreams – he acted as the main character in “The Amazing Spider-Man”. In 2016 he featured in one of the best movies of the year, named “Hacksaw Ridge”.

Andrew is an expressive modern actor, but the girls love him not for these qualities. They like his masculine beauty and sense of humor. Nevertheless there was one lady, who was charmed by Garfield’s professionalism. It was an actress Emma Stone, with whom Andrew was in long term relationship. She told, that taught from him during their work in “The Amazing Spider-Man”.

Although the couple split in 2015, Andrew admitted in his interview in December, 2016 that he still loves Emma Stone. Now they are rumored to renew their relationships.

Education: Central School of Speech and Drama (in University of London)

Favorite Book: The Catcher in the Rye (by J. D. Salinger)