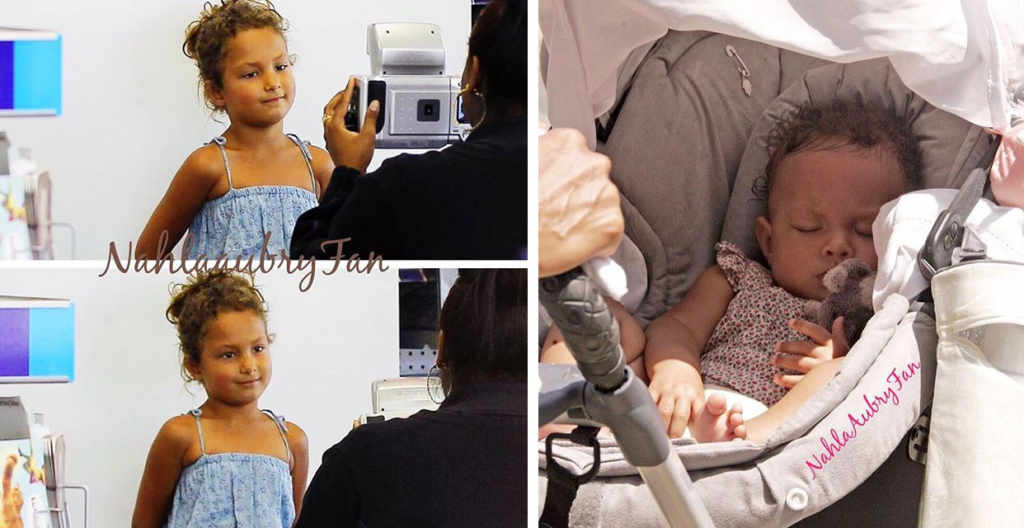 Birth Date: March 16, 2008
Halle Berry and Gabriel Aubry are the happy parents of Nala Ariel Aubry – their most precious jewel. The girl is only 10 years old, but it is already clear that she has got her mother’s pretty face as well as the beautiful curls. In general, Nahla inherited more from her Hollywood mom than from a handsome (a fashion model, by the way)  dad. Despite her early years, this kid already shows her character … For example, she really does not like the attention of the paparazzi. Disgruntled grimaces often appear on her face. Nahla does not like the attention to her person. This stellar babe did not escape the fate of divorced parents, who tend to lead the battle for the right of her upbringing. When Nahla is having fun it is clear that she is a very sociable child. And she feels great in the company of her mom and dad, even if they do not live together. We can confidently say that in the future this babe will turn into a gorgeous girl and will not yield to the beauty of her mother. 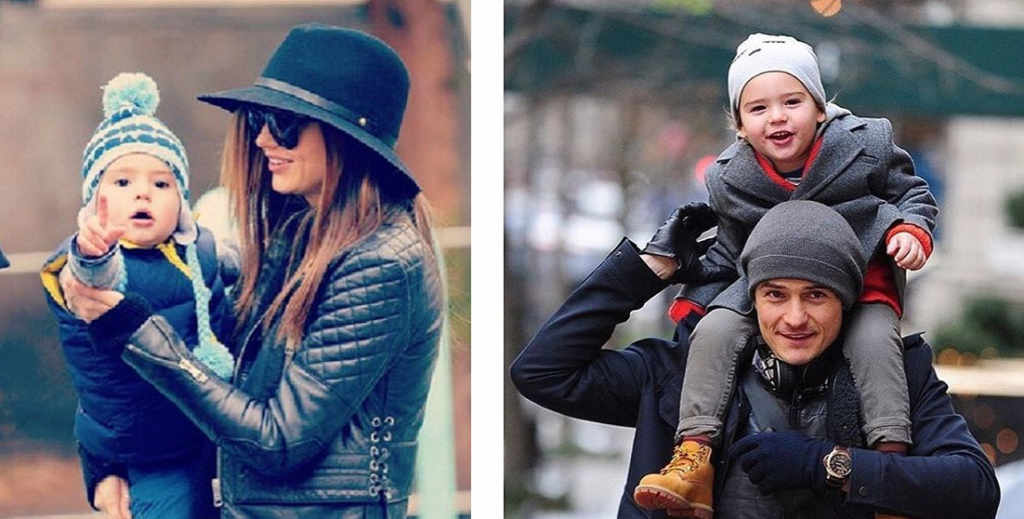 Birth Date: January 6, 2011
The son of actor Orlando Bloom and model Miranda Kerr – Flynn is just an amazing kid! He inherited awesome physical attraction from his parents and a positive disposition that has been developed from the earliest years. Baby Flynn smiles and gazes at everything around even despite the flashes of paparazzi cameras, which constantly watch this little celebrity, although many famous kids are afraid of photographers. The firstborn of Orlando and Miranda deserves special attention because he is an incredibly positive little man. He actually has no bad mood. Flynn loves listening to music and dancing to it. The 7-year-old boy looks like his father when it comes to appearance and style. Like Orlando, he has a special passion for marine-themed clothing – sweatshirts with anchors, striped T-shirts, fashionable caps, and quilted jackets. Despite the fact that the parents separated, father and son still often meet and sometimes they can be seen in almost the same clothes. 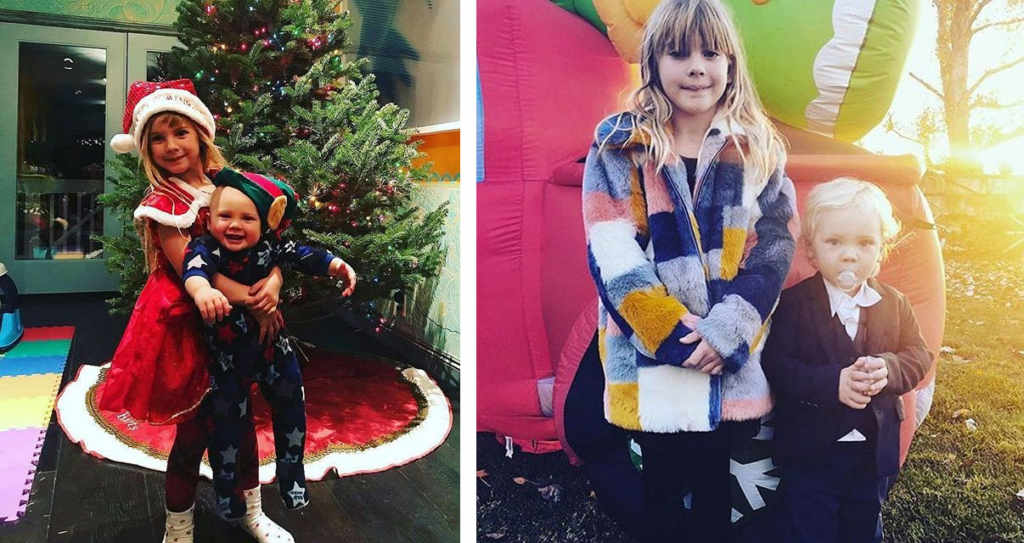 Birth Date: June 2, 2011
Willow was born in a Los Angeles clinic and became the first child of Carey Hart and Alecia Beth Moore (Pink’s real name). This became the main event in life for Pink. Once she told: “When you have a child, you realize that all the emotions that you experienced before were just a pretense. When a child starts to walk or talk, your heart explodes with such inexpressible joy … With the advent of Willow in my life, I felt stronger, but at the same time more vulnerable. And when you spend an hour alone with this fabulous and pure little love that comes from a child … and then you turn on the news and see what happens in the world – then the contrast between these two things just crushes the hood.” Willow is now 7 years old and her mother believes that the baby has learned a lot from her father, Carey Hart, a professional motocross racer. She is rampant, like her dad. Pink claims that both her husband and her daughter are absolutely reckless daredevils. 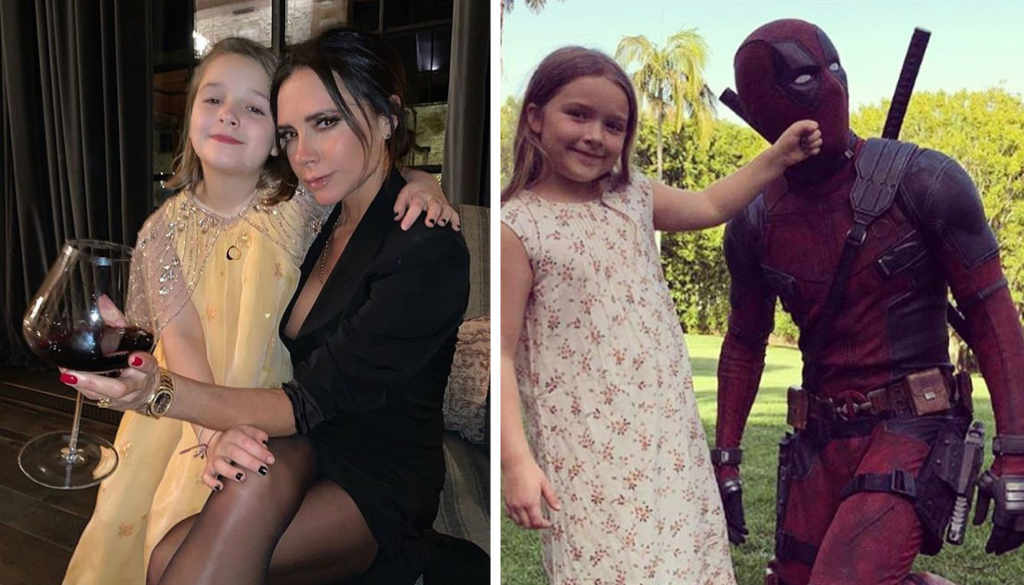 Birth Date: July 10, 2011
One morning in the Los Angeles Clinic Cedars Sinai, the long-awaited daughter of David and Victoria Beckham was born. The baby was named Harper Seven Beckham, Victoria's favorite name and the prophetic for the future woman of fashion number seven – the girl was born on Sunday, the seventh day of the week, in July, the seventh month, at seven in the morning. Just hold on, Harper is no longer just a girl. This is a brand of luxury category (like everything, what the Beckham couple undertakes). By the time Harper was born, David and Victoria already had three children … and all of them are boys. So Harper has got three brothers: 19-year-old Brooklyn, 16-year-old Romeo and 13-year-old Cruz. The couple repeatedly admitted that they wanted a daughter to appear in their close-knit family, so when the baby Harper was born, everyone was happy. The elder brothers love their sister more than anything else, so what can we say about the parents? 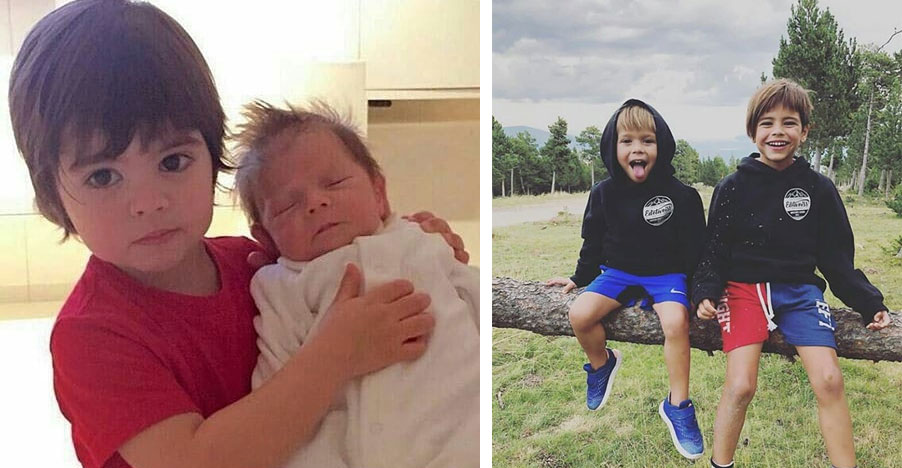 Birth Date: January 22, 2013
On January 22, a blessed dad, Gerard Pique reported on the birth of his first child on Facebook (deliveries were held at the Teknon Medical Centre in Barcelona). Since then, Shakira's firstborn has become a frequent visitor to the accounts of his famous parents. Just two days after the birth of great-grandson Amador Bernabeu, Pique’s grandfather fulfilled his promise and issued a Barcelona membership card for Milan, as he did for his father 25 years ago. The birth of a child was a kind of birthday gift for both parents, who celebrate this event on February 2. The kid is quite a fashionista – he loves shirts and stripes and copies the style of his father. T-shirts with funny prints are another favorite Milan’s clothes. And they, it is necessary to admit, very much suit it. When you see this charming baby wearing a T-shirt with the inscription “Hug me, I'm a cutie”, you involuntarily want to smile. 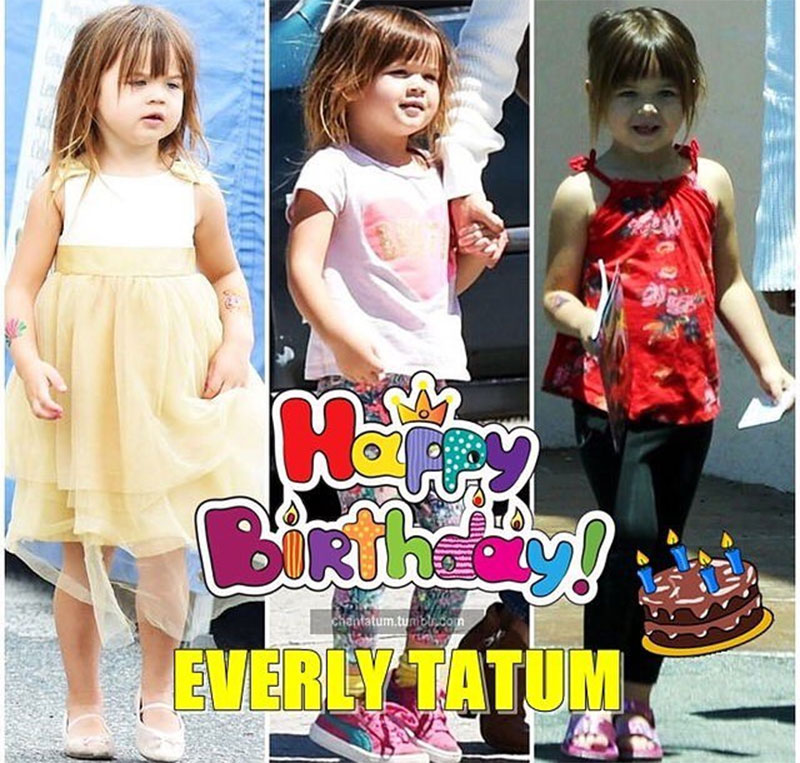 Birth Date: May 31, 2013
On the last day of spring 2013, Channing Tatum and Jenna Dewan became parents for the very first time. In one of the clinics in London, the actors who met on the set of the film “Step Forward” welcomed a daughter. Happy parents named the firstborn Everly Elizabeth Maiselle Dewan Tatum. Their little princess became truly long-awaited because, after all, Channing and Jenna got married in 2009, and before the wedding, they had been in a relationship for about three years. The tabloids did also wait for this moment and they were willing to give a considerable amount of cash to get the first pictures of Everly. But Tatum and Dewan posted pictures of the baby on Instagram a few weeks after she was born. This boundless love of parents is also reflected in the way Everly dresses. Even on her first photograph, the girl is wearing a white silk dress with sleeves-lanterns. There are a lot of similar outfits – fabulous dresses with a magnificent hem in Everly’s wardrobe.

Birth Date: August 29, 2013
Axl Jack Duhamel has already become famous in the world of media because of the unusual name Fergie and Josh Duhamel gave him in honor of the rocker of Guns N ’Roses. Let’s recall that the baby Axl Jack Duhamel was born on August 29 with a weight of about 3.459 kg. 38-year-old Fergie and 40-year-old Josh Duhamel posted different photos of Axl on their official Facebook pages. Josh who first posted a photo of his son. It was made on the 1st day of the boy's life. The baby was swaddled in a striped diaper, and he slept sweetly. Before publishing the first photos of the son, Fergie and Josh Duhamel, when asked to show the child, frankly answered that for the time being, the son should belong only to them. But it's good that they changed their minds. Axl Jack Duhamel has every chance to grow into a very harmonious person in a loving family of like-minded people. In August, Axl turned five years old, but judging by the photos, he is already thinking about his future profession.

Birth Date: February 12, 2014
Megan Fox – one of those celebrities who hide their personal life behind seven locks. She very rarely uses social networks and almost does not please fans with personal photos. But the other day she posted a photo of her son Bodhi in her blog on Instagram. The kid will soon be 5 years old. The followers immediately dubbed the boy a small copy of Megan. And that’s obvious, Megan Fox and Brian Austin Green’s son – Bodhi Ransom Green is the very picture of his star mom. The baby can boast of having luxurious eyelashes and memorable blue eyes.

Birth Date: December 5, 2015
At the end of 2015, Kim Kardashian and Kanye West’s second child was born. The boy was tiny, and in general, according to Kim, the second pregnancy was very difficult for her. And now, Saint is a member of one of the most famous families of the planet: literally from birth, this boy has been under the sight of cameras. Saint West is still very small, but much can be said about him. Although parents do not really spread about the methods of raising their children and their lives in general, we have collected a few facts about how Saint lives in the Kardashian-West family. He is used to cameras from early months but does not appear in public as often as his older sister, North. The older St becomes, the more he begins to look like his father. In social networks, he is even called the mini-version of Kanye West. The boy walks in tracksuits, branded clothes of his father, Yeezy Boost sneakers, and he has afro-braids on his head.