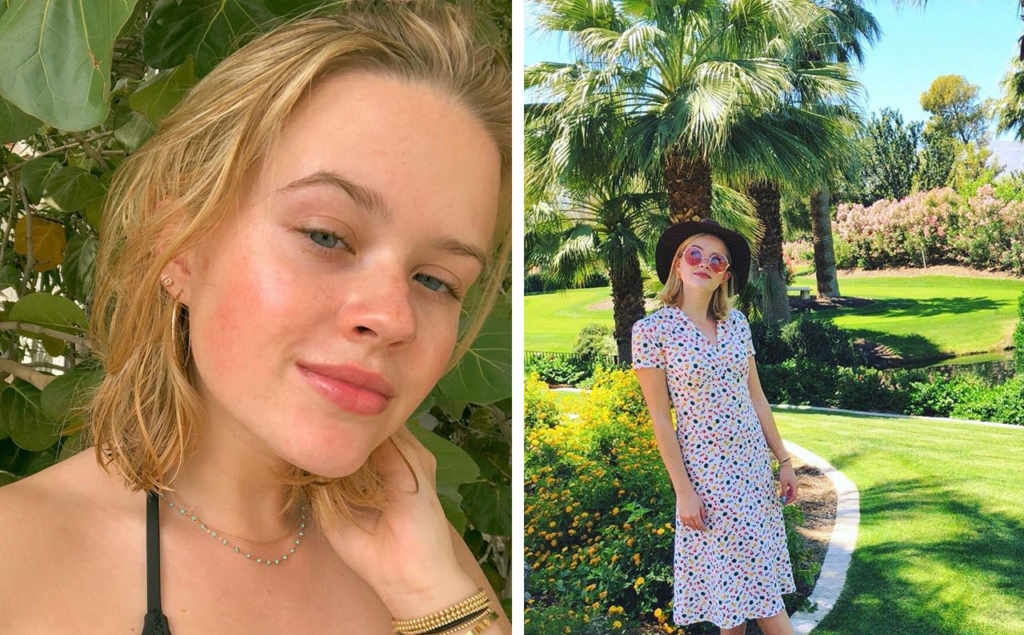 photo instagram / avaphillippe
Birth Date: September 9, 1999
Like mom, like daughter. This is what we can say about Reese Witherspoon and her kid, Ava. The girl is almost the spitting image of the famous mother. In addition, Ava successfully copies Reese’s style, which makes them both a desirable target for paparazzi. In everyday life, Ava loves to wear comfortable and printed t-shirts, jeans, sneakers and, boots. Who knows, maybe a young blond beauty will take part in the next "Legally Blonde" movie.
Although Ava lives with her mother, she communicates with her father a lot. And these meetings are the real fun for the girl because she is very close with Ryan Phillippe. We can tell by their happy smiles during the walks.
Ava Phillippe is an interesting and creative person. She studies at New York University and has already proven herself as a fashion designer. The mother and the daughter created a clothes collection together. What’s more, Ava loves to take pictures and looks her best in the photos. 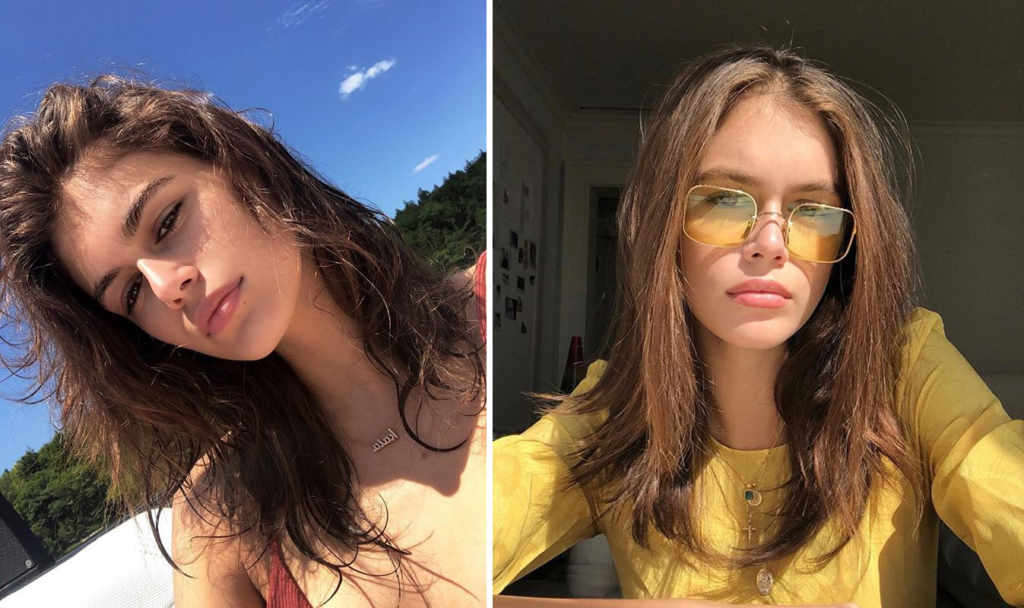 photo instagram / kaiagerber
Birth Date: September 3, 2001
Kaia took all the best from Cindy Crawford – brown hair, brown eyes, high cheekbones, and slim figure. All the fashion magazines on the planet are talking about her, and the designers dream of getting her for their own shows.
Cindy Crawford’s daughter is only 17 years old, but even at such a tender age, she has something to be proud of. Her portfolio includes photo shoots for Miu Miu and Alexander Wang, works for Marc Jacobs, Burberry, Chanel, Prada, and Versace, as well as covers for Vogue and Love. Over the past years, her career has skyrocketed, but Kaia’s sudden popularity that came down on her has not rattled her pretty head. She still attends school and goes out with her friends.

Despite her success in the fashion industry, Kaia says that studying comes first in her life. A couple of years ago, in an interview, the girl admitted that she wanted to study criminal psychology in college because she considers this area very interesting. You can't argue with that: she will definitely surprise us more than once.

photo instagram / gwynethpaltrow
Birth Date: May 14, 2004
Apple Martin, the daughter of Oscar-winning Gwyneth Paltrow and Coldplay frontman Chris Martin, got the best from her well-known parents. Their daughter is growing a real beauty. Big expressive eyes, blond hair, a smile, long legs – everything is a copy of her starry mother. The actress is very proud of her daughter and considers her a very talented girl.
Apple is not only beautiful, in fact, she knows how to play the guitar and sings perfectly, just like Martin. She loves music and is a big fan of Taylor Swift. Of course, it is still too early to talk about her future, but it is worth noting that she has all the components necessary for success. 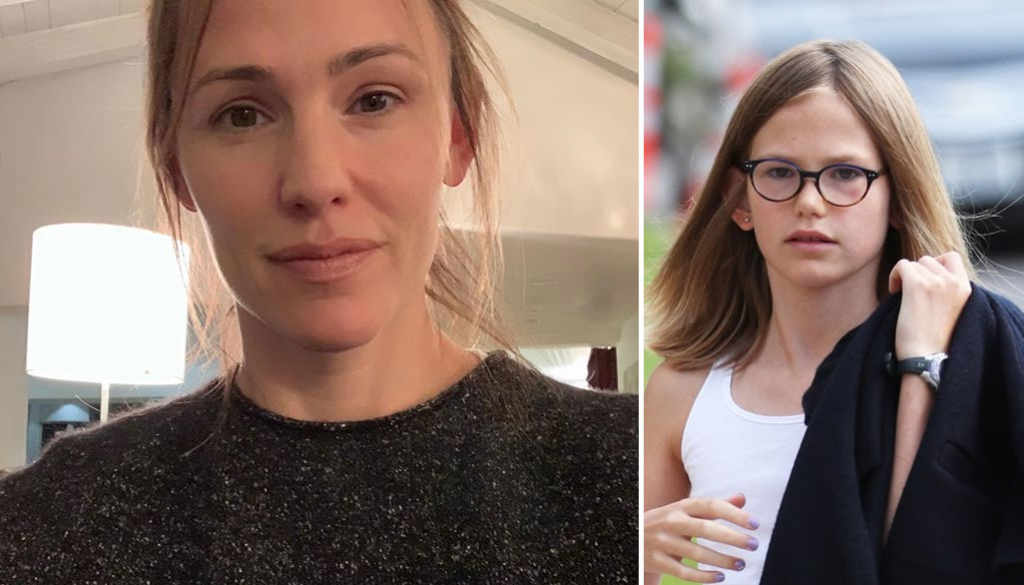 Birth Date: December 1, 2005
Jennifer Garner is a super mom who brings up three kids. One afternoon, the actress was spotted with her eldest daughter. They walked, talked and laughed. That was when everyone noticed that the girl grows a copy of her mother.
Violet always gets clothes from the best stores and looks good thanks to Jennifer’s care. Usually, Violet appears on the streets in simple jeans or shorts in combination with bright long-sleeves and colored T-shirts.
Jennifer Garner, however, does not forget that Violet is a girl who sometimes has to look appropriate, therefore there are many dresses in her wardrobe. Violet appreciates the convenience very much, so she wears loose shirt dresses that do not restrain movements.
Very often, Violet’s outfits are complemented by colorful tights with all kinds of prints that emphasize her individuality and perky temper. Even if she just goes for a walk or to school, her favorite glasses, bright belts, and funny sneakers are also always with her. 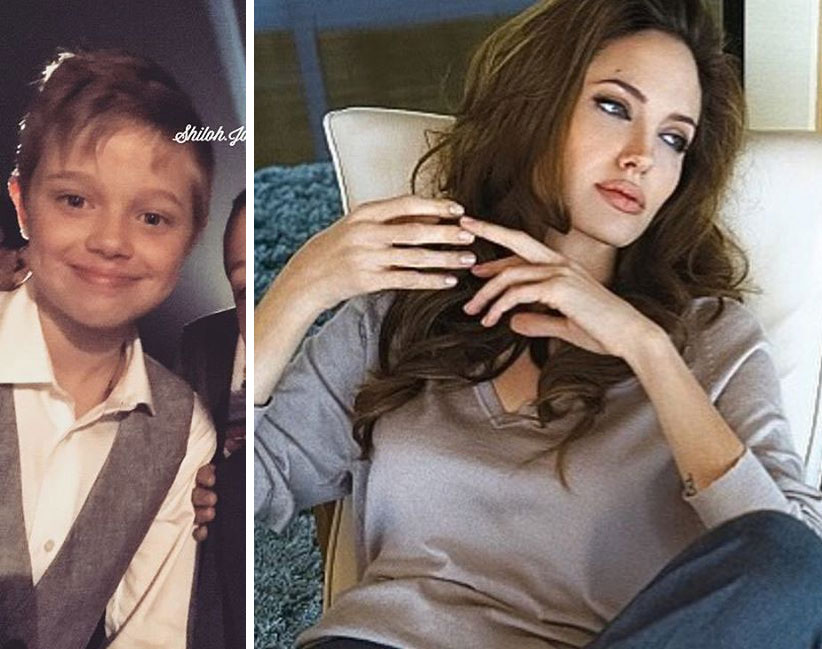 Birth Date: May 27, 2006
Shilo Jolie Pitt is more and more like her famous mother, although she was recently a copy of a star dad. Today, the girl looks exactly like Angelina Jolie in her youth. At the same time, Shiloh is the first biological child of her stellar parents. Shilo attracts interest because of her unusual manner of dressing. She does not only goes to social events in men's suits but also calls herself a boy.
In 2010, it got out that Angelina Jolie and Brad Pitt’s daughter Shilo wants to be a boy and asks to call her John. Such an unusual desire was the reason for contacting a specialist. Jolie and Pitt turned to an expert on transgender issues. He suggested that everything would change in the future. In his opinion, the girl spends a lot of time with her brothers and takes over their habits.
There is another version – the girl does not have enough of mother’s care. Angelina is often busy filming on the set. At the same time, she tries to always support Shilo, respects her choice of clothes and her own style and does not allow anyone to make comments to the girl. 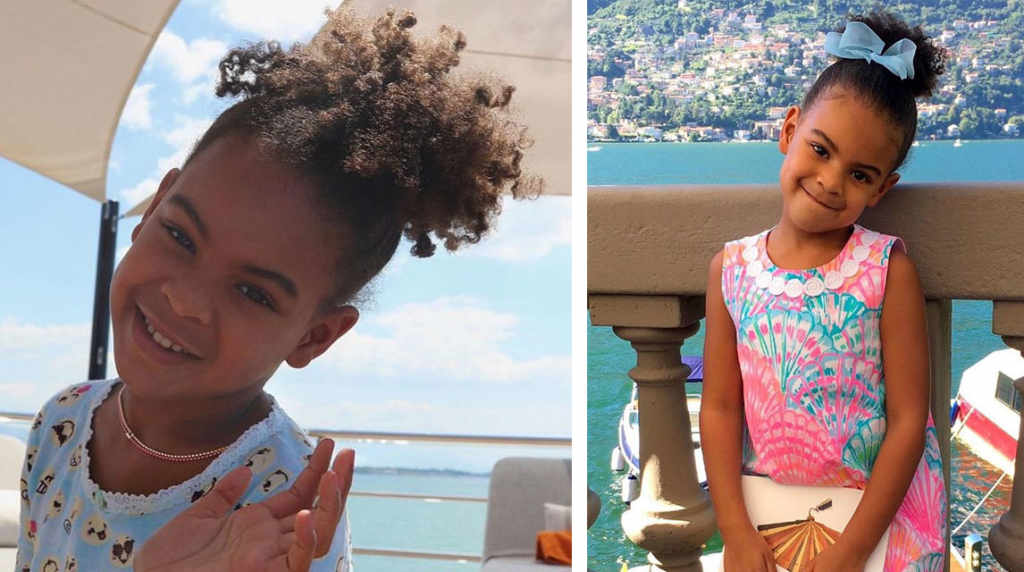 photo instagram / blueivy.carter
Birth Date: January 7, 2012
Baby Blue Ivy, the daughter of one of the richest couples in the world, Beyonce and Jay Z, looks exactly like her father. They even frown the same way!  Blue Ivy has everything you can only dream of. The 6-year-old daughter of popular performers teaches three languages ​​at once – these are English, French and the language of the African people Swahili.
She has her own stylist named Manuel Mendez. Besides, the little star prefers things from Dior and Gucci, and also skillfully distinguishes things belonging to different designers. The saying "born with a silver spoon in the mouth" here, perhaps, will no longer work. Rather, with a diamond one (we mean the spoon).
In their case, this is not even a saying, it is a reality: the girl’s parents, who are eager for diamonds, have practically encrusted all the children's things with jewels. According to the media, Blue Ivy’s $50.000 pram was decorated with gems. On her first birthday, in 2013, she was presented with an $80.000 Barbie doll. Of course, inlaid with diamonds. What is more, Blue Ivy is already permitted to wear real jewelry – earrings, bracelets, and necklaces.

photo instagram / ___north.west___
Birth Date: June 15, 2013
The reality star Kim Kardashian compared her baby picture to a photograph of her daughter North West and came to the conclusion that they are the spitting image. Can you imagine this? This girl is only four years old, and she already has the status of a young star. From an early age, star parents have been pampering North, and already at the age of two, the child’s uneasy nature became public. Paparazzi repeatedly found moments when the baby was hysterical while walking with her father and mother or with the nanny. This behavior is not surprising when a five-year-old has a personal fitness trainer, a hairdresser, and a stylist.
Her day is on minutes. The morning starts at 6.30 am, and one thing leads to another: fitness, acting, swimming, reading French and English books, origami or ceramics, music lessons and so on and so forth. Kim and Kanye are sure that a child should choose a life’s passion since diapers. That is why they provide lots of opportunities for little North to try her strength (and talent, of course) in everything and at once.